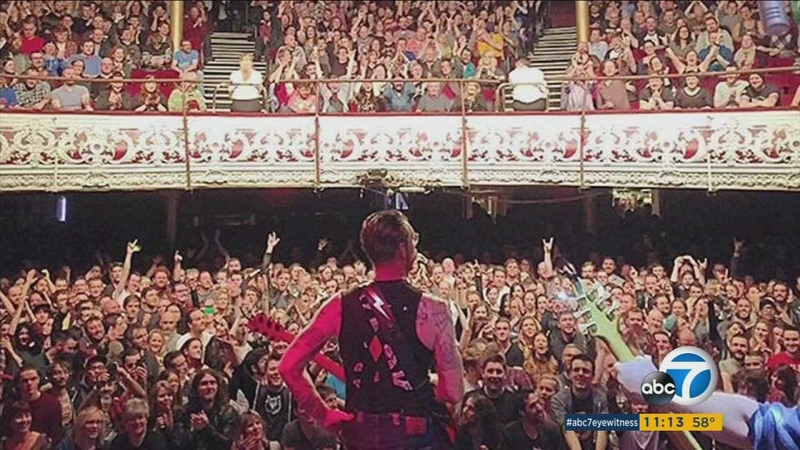 The Eagles of Death Metal were playing a show at the Bataclan, a well-known theater in Paris, when gunmen killed dozens of people and took many hostages.

Jesse Hughes, the front-man for the band, was on stage when the gunmen entered the concert through multiple doors, a relative told KESQ.

The relative said Hughes and the band was able to escape out a backstage door and are safe.

The brother of Juilan Dorio, a drummer for the band, spoke with WSB-TV in Atlanta.

"He said they were playing, about six songs into the show, and they heard, before they saw anything, they heard automatic machine gunfire. And it was so loud, it was louder than the band, and they all hit the stage floor. And as they got up to try to evacuate they saw men with machine guns just shooting anything and everything in the venue," Michael Dorio, Juilan Dorio's brother told WSB.

"Fifteen hundred people, Julian said, was about the capacity of the venue. I don't know if it was seated or standing but Julian, the lead singer and some of the crew, there was a door back of the stage that led to a street and they flew out the back door," he said.

Matt McJunkins, a bass player with the Eagles of Death Metal, sent the following tweet before the show.

MORE: What you need to know about Eagles of Death Metal

Eagles of Death Metal was formed in Palm Desert back in 1998 and recently played on "Jimmy Kimmel Live" in October.