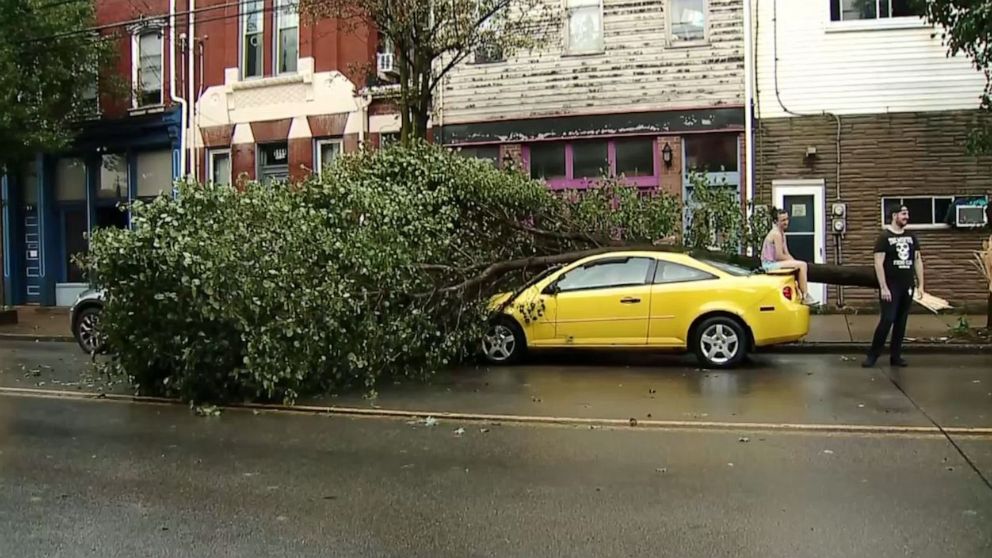 ABCNews
By DANIEL MANZO
A stalled weather system that has been bringing rain to parts of the Southeast will begin to slide northward over the next day bringing with it pop up thunderstorms and heavy downpours up and down much of the east coast and to parts of the Midwest.

The result of this weather pattern means that 1 to 3 inches of rain and possible flash flooding could affect regions in New York and Pennsylvania, parts of Illinois and Indiana, and northern Florida and southern Indiana.

As a cold front slides eastward and interacts with tropical moisture, it will likely cause pop up thunderstorms in parts of the northeast on Monday, with locally heavy downpours possible.

An intense weather system is also expected to move across southeast Kansas and into parts of Missouri, Arkansas, and northeast Oklahoma today.

It is in this area that a Severe Thunderstorm Watch will remain in effect until 10AM CDT with damaging winds being the main threat along with heavy rainfall of up to 1 to 2 inches per hour which could cause flash flooding as well.

A similar - but less intense - system is also expected to move through parts of Minnesota and Iowa with the possibility of heavy rain and localized flash flooding.

Dangerous summer heat will be making its return to much of the country over the next few days as well.

Temperatures in parts of the northeast will get into the 90's again, including Philadelphia, where a heat advisory has been issued. Luckily this stretch of heat doesn't look as pronounced or as long as some of the periods of heat the region had in July.

Meanwhile, in the southern states it will be another hot day with heat indices well over 100 degrees Fahrenheit in parts of Texas, Oklahoma and Louisiana.

In the west the heat will increase once again this upcoming week with temperatures approaching 115 or higher in Death Valley and Palm Springs by Wednesday.

In Phoenix temperatures could reach as high as 112 on Wednesday and Las Vegas will be near 109 by Thursday.
Report a correction or typo
Related topics:
abc newsnational
Copyright © 2020 ABC News Internet Ventures.
More Videos
From CNN Newsource affiliates
TOP STORIES