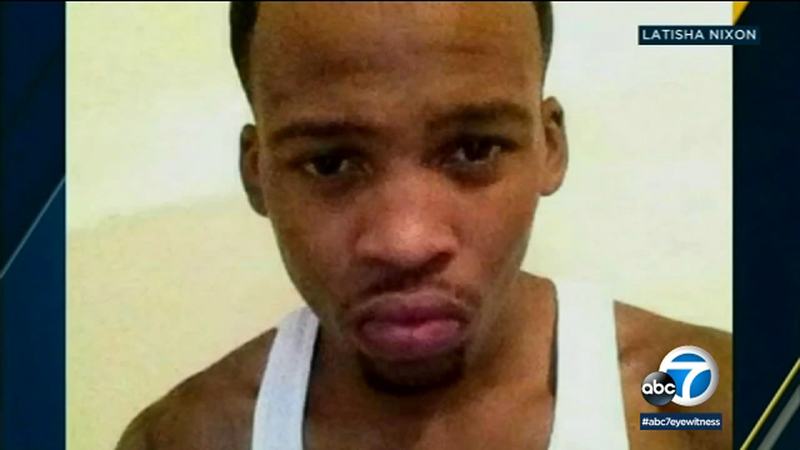 After two years of silence, the mother of a 26-year-old man who died of an overdose at the West Hollywood home of Democratic donor Ed Buck is speaking out after Buck's arrest last week.

LaTisha Nixon is casting blame on Buck for the death of her son, Gemmel Moore.

"His words to me was that he was held in this man's house for a few days, that he shot him up with something and he didn't know what it was," Nixon said.
Nixon is also criticizing Los Angeles County District Attorney Jackie Lacey for failing to aggressively investigate and prosecute 65-year old Buck.

In the two year's since Moore's death, a second man, 55-year-old Timothy Dean, died at Buck's home under similar circumstances.

"We knew there was going to be a second victim because we all knew Ed Buck didn't stop doing what he was doing," Nixon said.

Activists led by victim advocate Jasmyne Cannick said they presented the D.A. with 10 witnesses who described an alleged practice by Buck to inject men with high doses of methamphetamine and then sexually assault them when they were unconscious.

The D.A. didn't file anything until earlier this month when a man, referred to only as "Joe Doe," escaped from Buck's apartment and provided the D.A. with sufficient evidence to arrest Buck.

Democratic donor Ed Buck, who has been subject to calls for prosecution in the overdose deaths of two men at his West Hollywood home, was arrested Tuesday in connection with a third overdose, police say.

New outcry is rising from an apparent disparity in how two teams of prosecutors are interpreting the evidence against Buck. The D.A. has charged Buck with battery and drug offenses. An affidavit from the U.S. attorney says there is probable cause for homicide, alleging that Buck killed Moore with methamphetamine.
The federal document refers to evidence including DNA recovered from syringes after Dean's death. It quotes the county's finding that there is "very strong support for the proposition that Edward Buck is a contributor to the DNA obtained."

"The DA's office simply didn't care enough to look into the Sheriff's file to see what evidence there was," said Nixon's civil attorney, Hussain Turk.

Activists decry racial bias that they said protected Buck, who donated to Democratic and Republican causes, and ignored both of the black gay men.

"White men have been given a free pass in society to do as they want...they prey on us in the bars, in these alleys," said activist Jerome Kitchen.

Buck remains in federal detention. He has not yet entered a plea and no bond has been set.