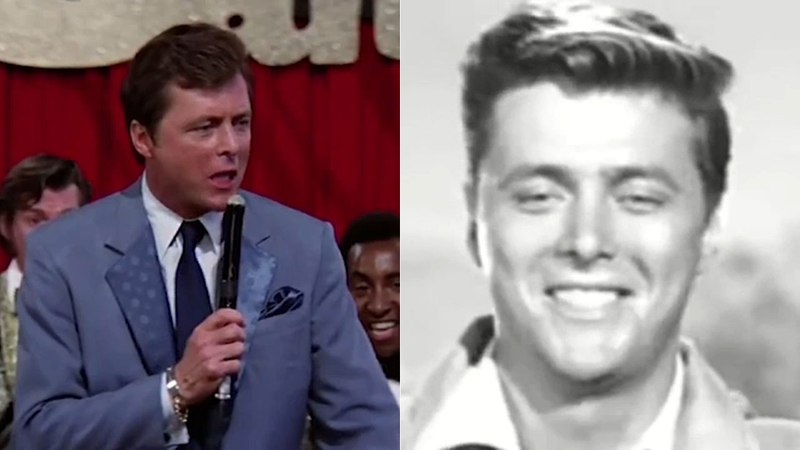 SANTA MONICA, Calif. (KABC) -- Actor and former teen idol Edd Byrnes - best known for the show "77 Sunset Strip" and the film "Grease" - has died at age 87, according to his family.

Byrnes died Wednesday of natural causes at his home in Santa Monica, according to his son, Logan Byrnes, a news anchor in San Diego.

"It is with profound sadness and grief to share with you the passing of my father Edd Byrnes," Logan Byrnes wrote.

"His is the story of an ambitious young kid who, in his 20's drove out to Hollywood from New York City with a few hundred dollars and a dream of making it big in the entertainment business."

In 1959, during the show's run, he and Connie Stevens hit No. 4 on the Billboard charts with the song, "Kookie, Kookie, Lend Me Your Comb." The song went gold.

He ultimately appeared in dozens of films and television shows. Among his guest TV appearances were shows such as "Charlie's Angels," "The Love Boat," "Mannix" and "Murder She Wrote."