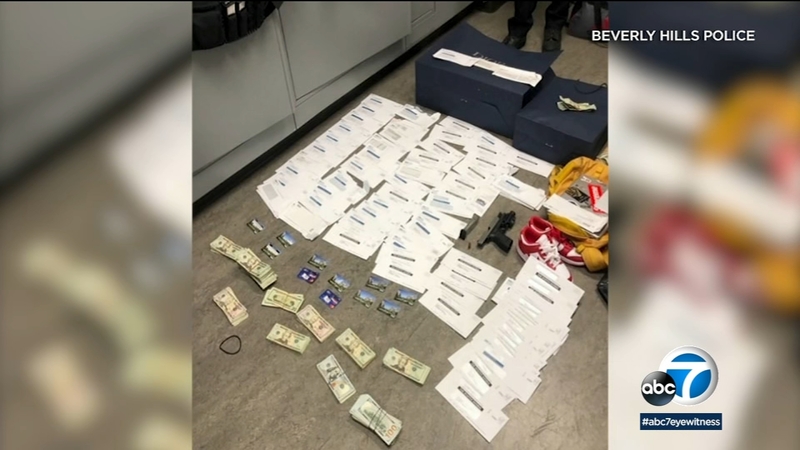 Investigators learned earlier this month that people were using stolen identities to fraudulently obtain EDD benefits loaded onto debit cards, which can be as high as $20,000, according to the Beverly Hills Police Department.

"Suspects have traveled primarily out of state to obtain these fraudulent EDD cards in California,'' the Police Department said in a statement. The suspects allegedly used the cards "to lease short-term rentals, rent luxury vehicles, dine at restaurants and purchase high-end merchandise.''

Residents receive dozens of EDD letters addressed to complete strangers after scammers hijack addresses to file bogus EDD claims. Residents who get them are possibly at risk of run ins with the crooks.

During the investigation, police discovered 129 fraudulent EDD cards worth over $2.5 million, as well as seven handguns and $289,000 in cash.

"There are millions of tax dollars being spent fraudulently as a result of this trend,'' Beverly Hills Police Department Chief Dominick Rivetti said.