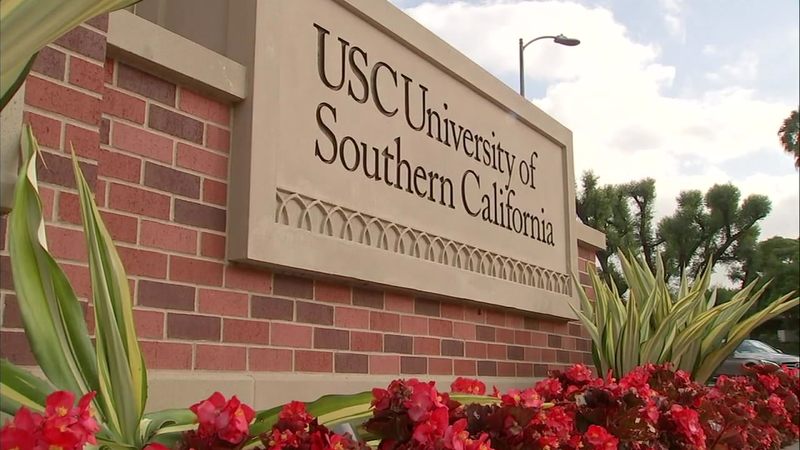 The fraternities were each ordered to halt their USC chapter's operations and all social events until the inquiry is completed by the university's Student Judicial Affairs and Community Standards office.

"I think there needs to be serious repercussions so that these types of things don't happen," one student told ABC7 in an interview. "Because I know that at other schools, this has resulted in death. It's just very serious and I think college kids don't really realize that yet."

Sigma Alpha Mu and Phi Sigma Kappa were suspended as of Friday. Details of the allegations were not disclosed.

"We continue to work with our young men, our alumni, and the University administration to investigate the situation," Phi Sigma Kappa said in a statement.

Sigma Alpha Mu also issued a statement after the suspension.

"We are currently working closely with the local chapter and the university to better understand the situation," the fraternity's International Headquarters said. "Sigma Alpha Mu does not accept or condone any behavior inconsistent with our values, and we are committed to fully investigating this matter."

Two other fraternities were placed on suspension in September amid similar allegations.

"You know, innocent until proven guilty, but if this is what USC thinks is appropriate, I think that's OK," a student said.

Another student described hazing as "a nationwide issue."

"It isn't just a 'here' issue. It needs to be taken care of all over," she said, adding that handing down the right punishment is sometimes difficult. "There are a lot of guys or girls who are really invested in some of those things and have found community there, so to completely shut it out, you're taking away community from a lot of people.

"But it is a serious thing that needs to be taken care of," she said.

In a statement, USC said it "takes allegations of hazing very seriously and is investigating."

"Organizations that are being investigated for alleged violations of the code of conduct can be instructed to suspend or modify social activities pending results of an investigation," the university said.
Report a correction or typo
Related topics:
educationlos angelesfraternityschool safetyusc
Copyright © 2021 KABC-TV. All Rights Reserved.
More Videos
From CNN Newsource affiliates
TOP STORIES