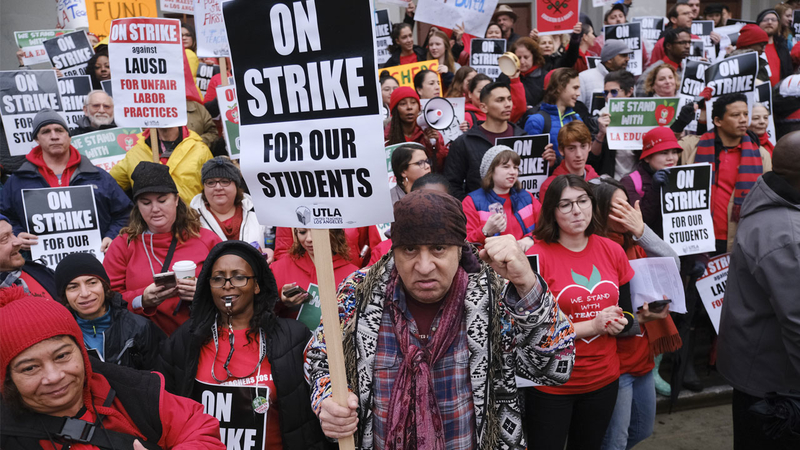 More than half a million students are impacted by the strike, the first to hit the Los Angeles Unified School District in 30 years.

The school district says school attendance was up roughly 13 percent compared to Monday. However, it was still about one-third of normal attendance.

"I consider teachers in the same category as our military, our police, our firemen. They're on the front lines everyday fighting the war on ignorance," the musician said. "I'm calling on all of our brothers and sisters in the music world, from all the genres, from pop, rock, hip-hop, country and jazz, come on out and march with the teachers."

"We have to live within our means. We have to ensure the long-term fiscal strength of this school district - something that we just spoke about with the governor before I came here," the mayor said. "I also believe that with both sides, it might not always sound like this, but there's a lot more that unites them than separates them, and there's not a lot of daylight between them."

Garcetti added that the California education superintendent is in town, and he is scheduled to sit down with union representatives and city officials to see if he can find a way to encourage more face-to-face negotiations between the district and the union.