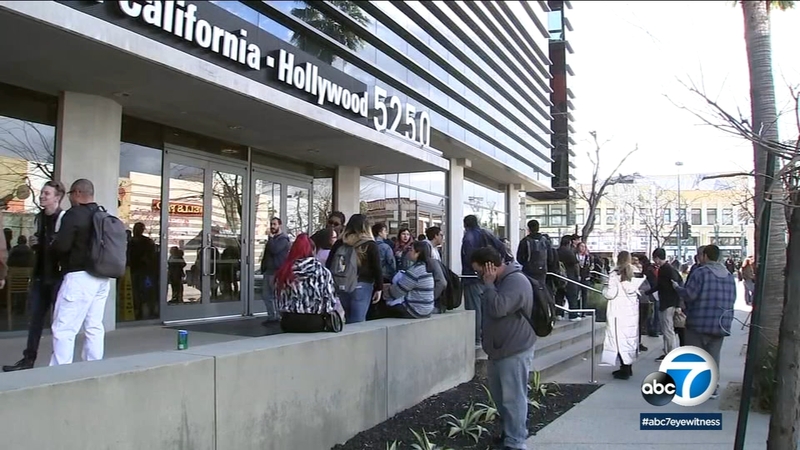 HOLLYWOOD, LOS ANGELES (KABC) -- The Art Institute of California in Hollywood is closing down Friday, and students protested after finding out only a day before.

Students took to the campus not only to voice their concerns but to try and figure out what is next for them. They learned at the beginning of the quarter, about eight weeks ago, that the school was in jeopardy of closing but they weren't given a timeline.

They said Wednesday night a mass email was sent to students informing them that the school was closing as of Friday.

"They didn't give us a definite date or time so that we could prepare appropriately for transfers until yesterday at 6:30 p.m. when they sent out a mass email that said we are shutting down tomorrow," student Colton Childryn said.

Another student said he was close to graduating.

"I've been going here for the last three years. I was actually only five months away from graduating. There was rumors that the school was closing down, but they didn't specify when. I got an email from my teacher saying, you can show up if you want for an hour or not but the school is closing down Friday," student Michael Marose said.

Los Angeles police were on campus and students said some of their peers were arrested during the protest.

On Thursday, the Dream Center Education Holdings released a statement saying it is working with state regulators and the U.S. Department of Education to provide as many options as possible for students, including transfers to other institutions or student loan discharges.
Report a correction or typo
Related topics:
educationhollywoodlos angeleslos angeles countycollege studentsartprotestcookingcollegeschool closures
Copyright © 2021 KABC-TV. All Rights Reserved.
More Videos
From CNN Newsource affiliates
TOP STORIES