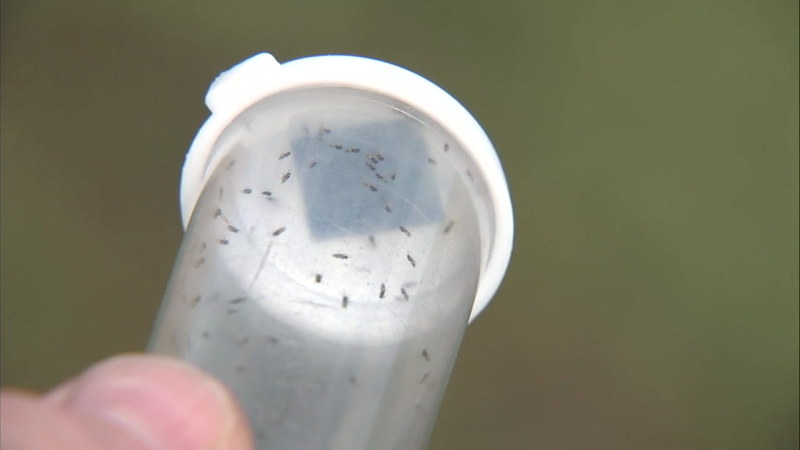 POMONA, Calif. (KABC) -- At Cal Poly Pomona, an army of wasps are being readied to do battle against the Asian citrus psyllid, which carries Huanglonghbing, a citrus tree killing disease responsible for wiping out 70 percent of Florida's citrus industry.

"At the moment, we are very lucky. We don't have the disease widespread in Southern California. So, we can really target the vectors of the disease, the insects that carry the disease," said David Morgan, biological control program manager with the California Department of Food and Agriculture.

On Tuesday, researchers and students released hundreds of the tiny insects to wage war on the citrus pest. The wasp exclusively feasts of the pest.

"These are insects that lay their eggs on the pest and the eggs will hatch out and eat them alive," Morgan said.

So far, 12 million of the wasps have been released since 2012 in an effort to control pest populations and spread of the citrus disease.

"Over the last four years, we've seen a dramatic reduction in ACP in urban areas by at least 80 to 90 percent," Morgan said.

Areas where the disease has been found the trees have been removed and surrounding trees treated with the wasps. To date, more than 900 trees have been impacted by citrus psyllid and removed.

"If it got widespread throughout California, we would see a devastation in fresh citrus produce. You wouldn't be able to find it in the grocery store all year-round like you do now," said Victoria Hornbaker, citrus program director with the California Department of Food and Agriculture.

The wasp is just one tool researchers are using to combat the psyllid invasion.

"What I am focusing on is hopefully finding a way to increase plant health to the point that the tree might be able to sustain itself a little better and be economically viable even if it contracts the disease," Max Lasiter said.