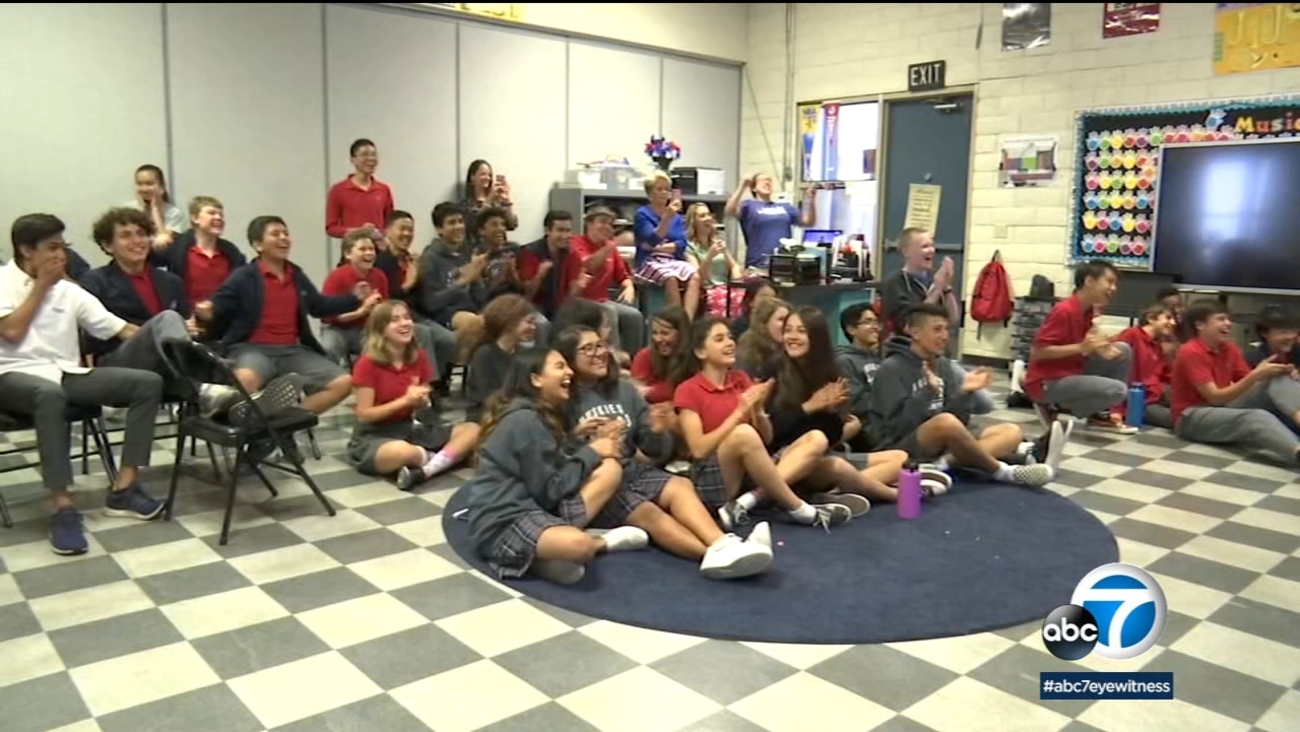 SANTA ANA, Calif. (KABC) -- There was no lack of support for an Orange County seventh grade student competing in the 92nd Scripps National Spelling Bee.

Dean Alkhairy was one of two OC students competing in Maryland. Nicholas D'Sa, an eighth grader at St. Cecilia Catholic School in Tustin, was also there competing as Speller Number 101.

Dean tied for 42nd place last year. He spoke with Eyewitness News via Skype after making it past the second round.

"I feel like I've improved for sure," Dean said.

Looks like the nearly 40 hours a week of studying were paying off.

Dean's friends back home at Fairmont Private Schools in North Tustin cheered excitedly when Dean passed round three with the word "bicuspids."

Kamron Ansari said he saw his friend Dean working hard to make it to the national competition.

"This year, I saw him every single day after school just looking at that list of a thousand-plus words," Ansari said.

Dean, or Speller Number 13 at the competition, said to anyone wanting to compete in the event, "It takes a lot of studying and you're going to have to learn to like it if you want to go far."

The 13-year-old's dad, Tahir Alkhairy, said it was about not pushing their son too hard.

"As long as he's enjoying what he's doing it's fine. I don't want him to not like what he's doing, so it's been fun for us to spend a lot of time together," Alkhairy said.

Dean's friend at Fairmont, Ara Mehran, said it was obvious Dean has a passion for spelling.

"We definitely miss him. It's always great to have him around, but of course, we always hope that he does really well. He loves spelling and we hope the best for him when he goes to different tournaments," Mehran said.

Both OC competitors passed the third round and were waiting to hear by Wednesday afternoon whether they would compete in Thursday's final.
Report a correction or typo
Related topics:
educationorange countyspelling beescripps national spelling bee
Copyright © 2021 KABC-TV. All Rights Reserved.
More Videos
From CNN Newsource affiliates
TOP STORIES