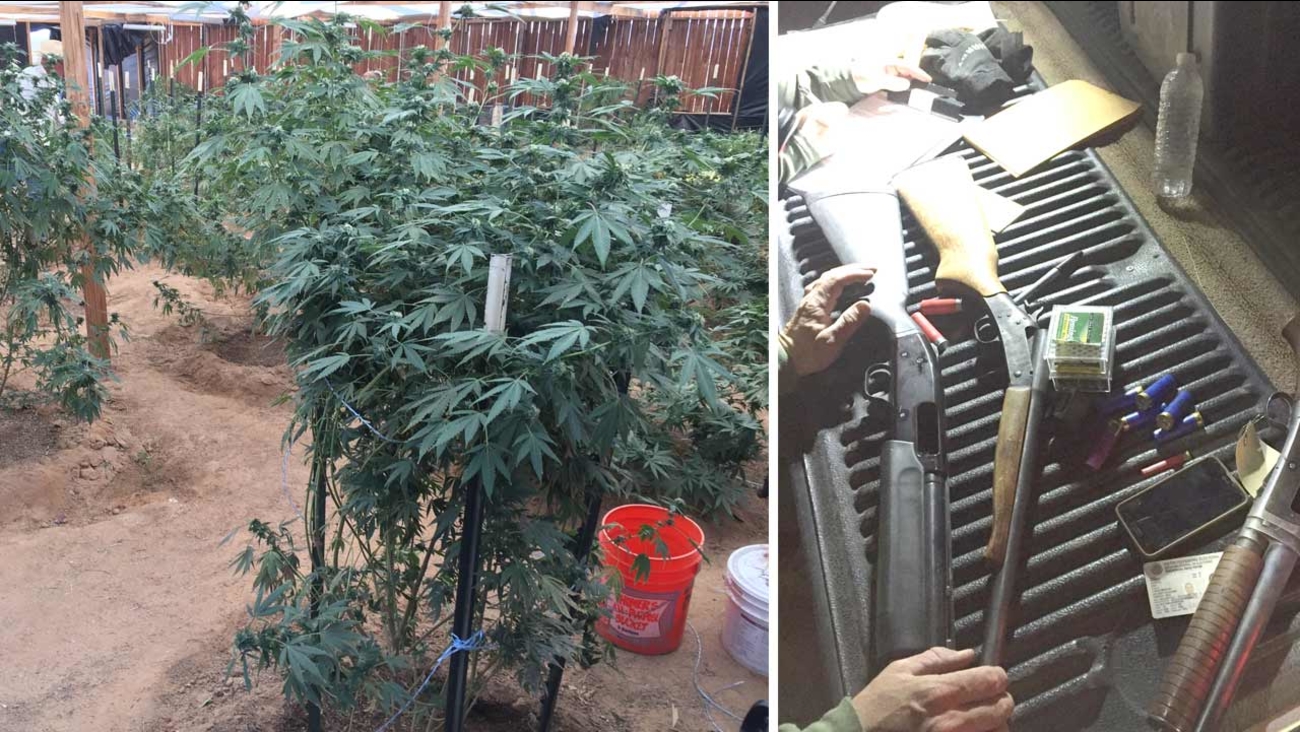 The investigations resulted in the seizure of over 500 marijuana plants, 115 pounds of recently harvested marijuana being packaged for sales, 8 firearms and the arrests of 10 suspects.

At two of the locations, deputies recovered several firearms, including a modified or short-barrel shotgun and two bullet-proof vests.

Authorities said the amount of marijuana seized suggests the plants were for-profit operations being sold illegally on the street.

At one of the locations, deputies arrested Jesus Casas for violating the terms of his probation. Casas was arrested and convicted of sales of a controlled substance in Santa Clara County and was later released on Post Release Community Supervision. He was arrested without incident.

One of the suspects told deputies he was growing the pot and taking it to several marijuana dispensaries in the Los Angeles area and selling it to them.

There is no evidence to show the locations were related to each other and were determined to be separate cultivation operations.

The County of San Bernardino has an ordinance prohibiting outdoor marijuana cultivations. People found to be violating state marijuana laws or county ordinances are subject to fines, prosecution and seizure of property, according to county authorities.