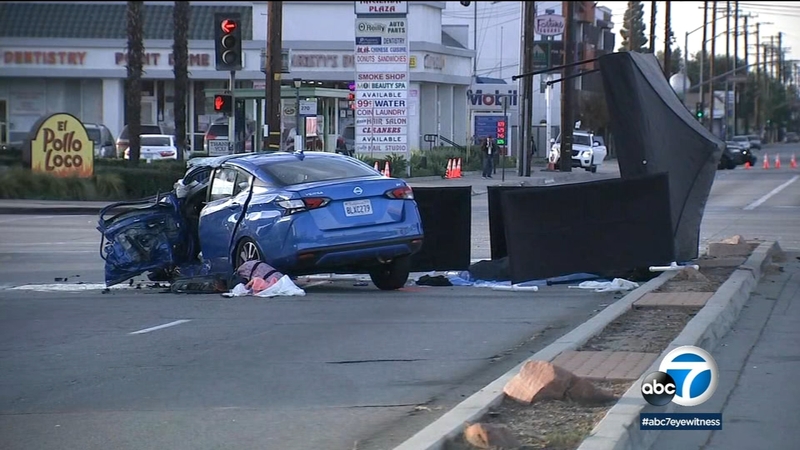 EL MONTE, Calif. (KABC) -- One person was killed and two others were injured in a two-car crash involving a suspected DUI driver in El Monte over the weekend.

The suspected drunk driver was behind the wheel of a truck when they collided with another car at the intersection of Peck and Lower Azusa roads early Sunday morning, according to the El Monte Police Department.

The only passenger in that other car died at the scene. The drivers of both vehicles were taken to the hospital for unspecified injuries.