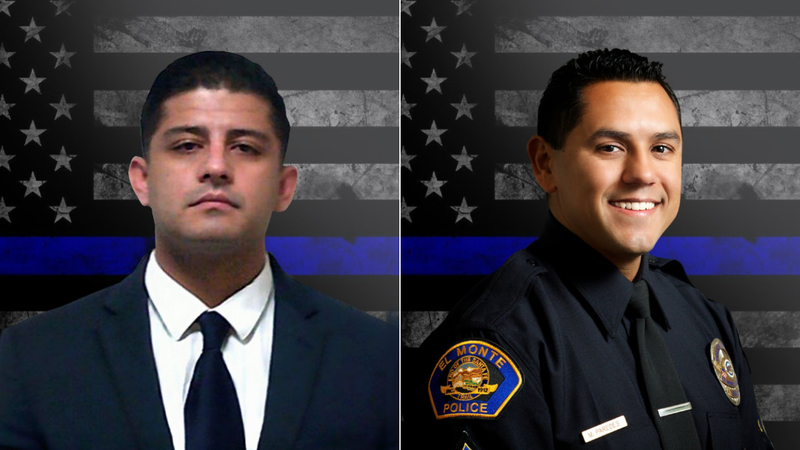 EL MONTE, Calif. (KABC) -- Officials on Wednesday identified the two El Monte Police Department officers who were killed in a shootout with a gunman at a motel as more details emerge about the suspect's criminal history.

"It is with heavy hearts that the City of El Monte and the El Monte Police Department announce the passing of Corporal Michael Paredes and Officer Joseph Santana," a news release said, adding that both Paredes and Santana were raised in that city and "had a strong connection to the community they served."

The officers were killed late Tuesday afternoon while investigating a report of a possible stabbing in the Siesta Inn motel.

The suspect - who has since been identified as Justin Flores - died at the scene, authorities said.

Paredes began his law enforcement career as a cadet with the police department before being sworn in as a full-time police officer in July 2000, the statement said.

During his time with the agency, Paredes worked several specialized assignments before being promoted to the rank of corporal. He is survived by his wife, daughter and son.

Santana started his service with the City of El Monte as a part-time public works employee.

After six years of service with the Public Works Department, he transitioned to a career in law enforcement, according to the news release.

Santana worked as a San Bernardino County sheriff's deputy, where he served there for approximately three years. In 2021, he accepted a position as an El Monte police officer, "returning to his hometown to serve the community he grew up in."

The El Monte community and law enforcement members from across Southern California were in mourning Wednesday for two police officers who died after being shot at a motel.

Santana is survived by his wife, daughter and twin boys.

Flores was reportedly on probation for gun possession, multiple law enforcement sources with knowledge of the investigation told ABC News.

The suspect had been arrested last year for possessing a gun and drugs, the sources said. 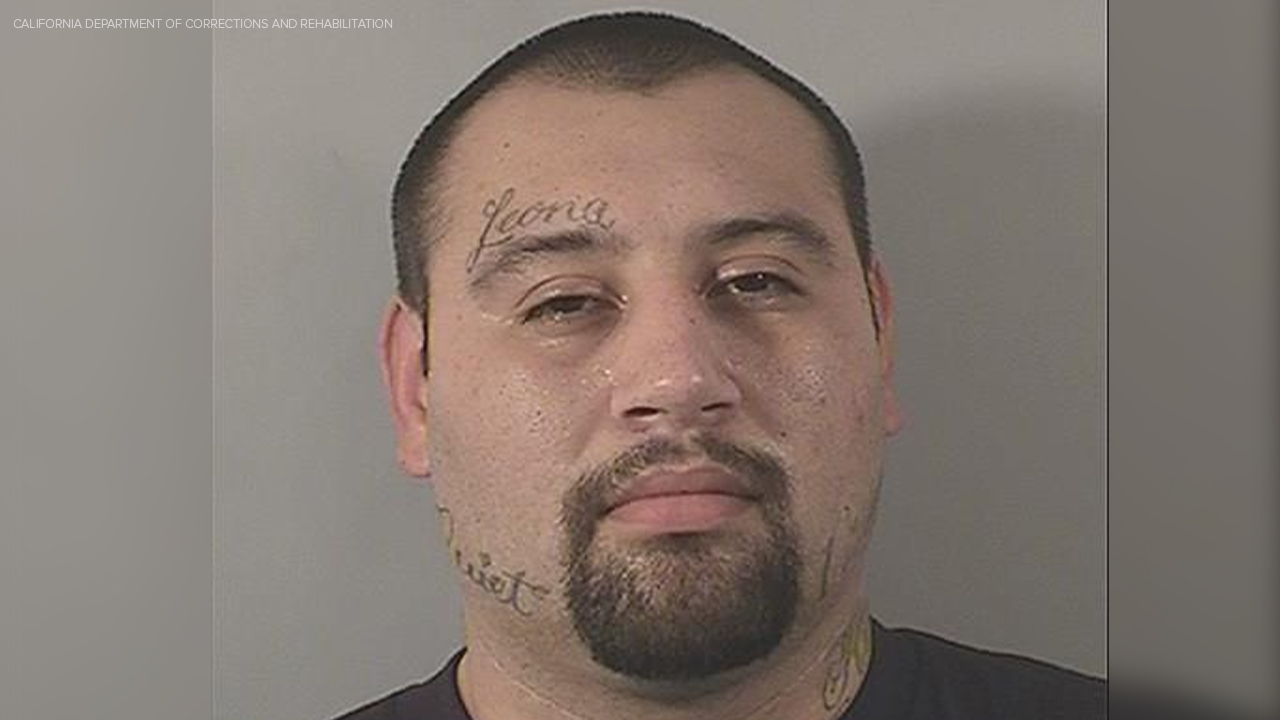 According to court records, Flores had served a one-year, four-month sentence for vehicle theft in 2009.

"Mr. Flores was convicted of burglarizing his grandparents' home more than 10 years ago, resulting in a strike. He was arrested in 2020 and charged with being a felon in possession of a firearm and for possession of narcotics for personal use. Last year, Mr. Flores pleaded guilty to being a felon in possession of a firearm, a felony. The sentence he received in the firearm case was consistent with case resolutions for this type of offense given his criminal history and the nature of the offense. At the time the court sentenced him, Mr. Flores did not have a documented history of violence."

According to investigators, when Paredes and Santana arrived at the scene Tuesday they confronted Flores and gunfire erupted inside a motel room.

Flores fled and moved to the parking lot, where more gunfire was exchanged. Detectives said Flores was hit by gunfire and died at the scene, and a gun believed to have been used by him was recovered.

The two officers were rushed to L.A. County-USC Medical Center, where they died from their injuries.

"They were acting as a first line of defense for our community members when they were essentially ambushed while trying to keep a family safe," said El Monte Mayor Jessica Ancona during a Tuesday night press conference.

Two police officers were killed Tuesday in a shootout while investigating a possible stabbing at an El Monte motel, and the suspect died at the scene, authorities said.

Officials said a woman involved in the initial possible stabbing call was Flores' girlfriend and is being interviewed by detectives. She was not injured.

Meanwhile, during a slow procession outside of the El Monte Police Department Wednesday night, the family of Santana marched toward a memorial of flowers, candles and notes to mourn his tragic death.

They stood in solidarity along with friends and strangers to pay tribute to Santana. Martha Paredes, an aunt of Paredes, stopped by the memorial to pay her respects.

"When he talked about joining the police department, he wanted to stay in El Monte," she said.

She described Paredes as having a big heart who loved his family, but also loved to protect the community he grew up in.

"He lost his life doing what he liked to do and that's to serve the community," said Martha Paredes.

Mary Paredes, another one of Paredes' aunts said, "When it happens to you, you're just in shock. How can this be?"

The two families are now left to cope with an unimaginable loss as they're wrapped in thoughts and prayers by a heartbroken El Monte community.

"It feels like a nightmare that you can't wait up from," said Paredes' cousin, Matthew Paredes.

"There are no words to describe our grief and devastation by this senseless act as we learned about the passing of two of our police officers. It weighs heavy on our hearts and we are sending our support to their families. We would also like to thank the El Monte community and our surrounding government agencies for the outpouring support we have received in the last few hours."

"These two men were loved," he said. "They were good men. They paid the ultimate sacrifice, serving their community trying to help somebody."

"Today, they were murdered by a coward and we are grieving and that hurts," he said.

El Monte Mayor Jessica Ancona shares her grief after two police officers died after being shot at a motel.

The killings came just one day after a California Highway Patrol officer was shot and critically wounded during a traffic stop in Studio City.

The 27-year-old officer was shot several times. He was in critical but stable condition at a hospital but was expected to recover, the CHP said. A suspect surrendered to police Tuesday morning in a homeless encampment in Van Nuys.