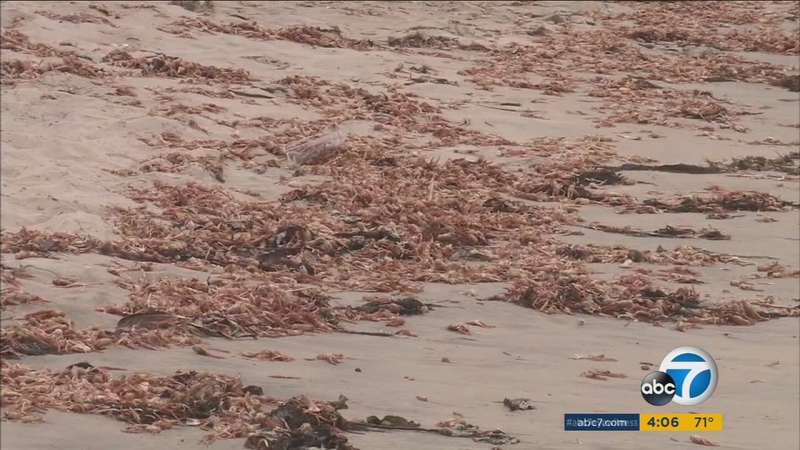 NEWPORT BEACH, Calif. (KABC) -- Tiny red crabs have invaded Orange County beaches for the second year in a row, and scientists said the latest round is thanks to El Nino.

The rotting red crabs or tuna crabs are about 1 to 3 inches long. They began carpeting the sand in Newport Beach on Friday.

Experts said they're usually found off Baja, but because of El Nino, currents from the south have pushed the creatures onto some Orange County beaches.

Newport Beach officials said they're forced to rely on the tide to clean up the oceanfront beaches.

"On the ocean beaches because it's grunion season we can't use mechanical cleaners," Mike Pisani, the Newport Beach Municipal Operations Director said.

On the bayside, crews were forced to remove the dead crabs by hand.

"We have the seawall, we have to hand-rake, haul the crabs in trashcans over the wall and dump them in trucks. They'll keep coming up with the high tide so we'll just keep doing until there's no more, Pisani said.