According to L.A. officials, the plan is to buy vacant land and homes owned by Caltrans.
KABC
By Eric Resendiz 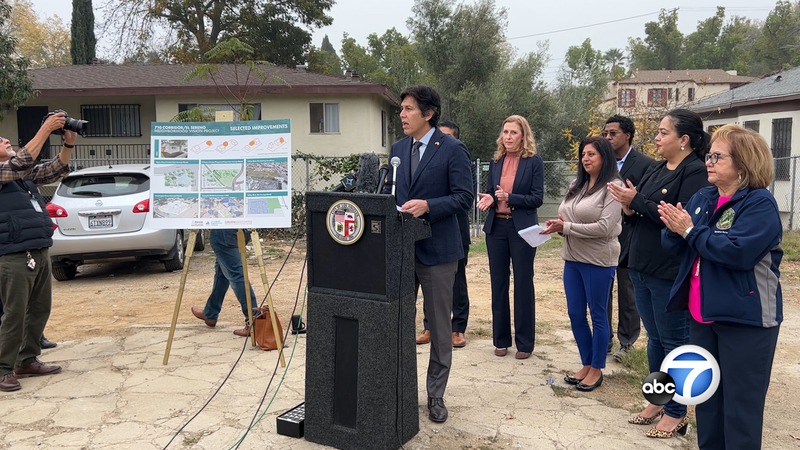 EL SERENO, LOS ANGELES (KABC) -- State and Los Angeles elected officials on Friday announced a proposal that would purchase state-owned property in El Sereno for a housing and amenities plan.

"We evaluated every single property to see what would fit in that site and what could be constructed or rehabbed in a way to quickly make affordable housing a reality," said Los Angeles City Councilmember Kevin De Leon, who represents the area.

The effort, known as the El Sereno Vision Plan, would purchase vacant land and homes from Caltrans near the 710 freeway to create affordable housing and more.

"In May, I added to the city budget $2 million so we can quickly purchase these properties," said De Leon. "In total we anticipate that we will have 252 affordable units."

The plan stems from state Senate Bill 51, a law signed by Gov. Gavin Newsom earlier this year. According to officials, it allows the vacant properties to be sold at the original price when the state purchased them in the 1950s.

"The homes are selling for over a million dollars. I can't afford to purchase a home in my community," said Jenny Guerrero, an El Sereno resident. "I am very excited. Hopefully with the passing of all of this legislation that they do allow us to purchase these homes."

Caltrans had initially purchased this land to expand the 710 freeway, but the project was terminated in 2018 after years of conflict.

"We felt there was a chance here to really make up for the wrong that had been done to this community and look forward," said State Sen. Maria Elena Durazo, who represents the area.

During the COVID-19 pandemic, homeless families illegally occupied vacant homes in the area, prompting officials to try and find a solution.

"Had we stayed with what the law was before SB 51, all of these properties would have gone to auction," Durazo said.