In some cases, employees with COVID-19 symptoms were told to come to work until they got their test results
City News Service 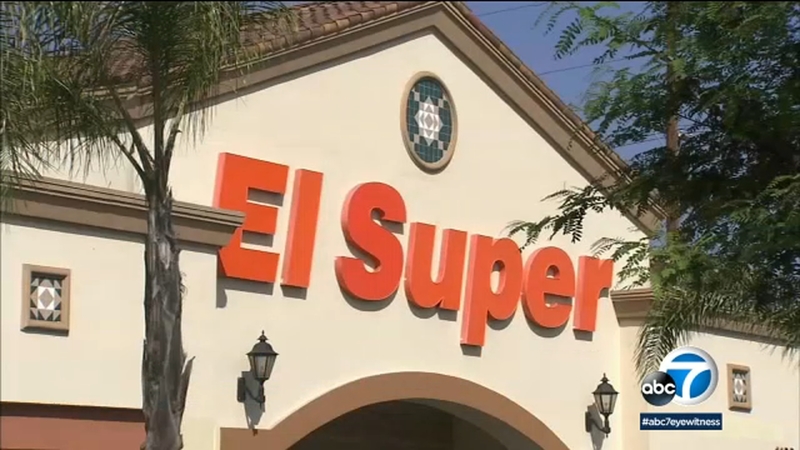 LOS ANGELES (CNS) -- The state Labor Commissioner's Office has cited three El Super grocery stores in Southern California for failing to provide or delaying supplemental paid sick leave or other benefits to 95 workers impacted by COVID-19, it was announced Tuesday.

Some of the workers were forced to work while sick, others were told to apply for unemployment while quarantining or in isolation, while others waited months to be paid, according to the California Labor Commissioner. The grocery chain is refuting the allegations.

"The claims made in recent media reports referencing a citation from California Labor Commissioner regarding supplemental paid sick leave (SPSL) are false. We are, and have always been, committed to complying with labor laws,'' said Eric Rose, a spokesman for El Super.

"For months, we have attempted to work with the Labor Commissioner in order to provide evidence of compliance with SPSL. We are disappointed that the Labor Commissioner acted without completing their investigation. The citation is without merit and we will vigorously defend our record of compliance. We have filed an appeal and are confident that when all the facts are known, we will prevail in court,'' he continued.

The citations were issued to Bodega Latina Corporation, a Delaware corporation doing business as El Super with 52 stores in California. The following locations in Los Angeles and San Bernardino counties were cited:

"Supplemental paid sick leave is intended to protect workers from being forced to choose between their health and providing for their families,'' Labor Commissioner Lilia García-Brower said. "These violations expose workers, their families and El Super's customers to unnecessary health risks.''

The office opened an investigation in September after receiving complaints from workers and a referral from the United Food and Commercial Workers International Union representing grocery store workers.

The investigators determined the employer did not consistently inform workers of their sick leave rights if impacted by COVID-19.

In some instances, sick workers were told to come to work until they received their test results even when they had COVID-19 symptoms. To cover isolation time, workers were in some cases told to apply for unemployment or disability. Moreover, many were denied time off to isolate, even though members of their household had tested positive. Some workers were never paid for their time off due to COVID-19, according to García-Brower.

"Supplemental paid sick leave is a tool to stop the spread of COVID-19,'' she said. "My office is working to ensure that workers who are impacted by COVID-19 have access to paid time to care for themselves or their relatives.''