The case of Elijah McClain, an unarmed 23-year-old Black man who died after an arrest by Colorado police last year, is receiving renewed attention amid protests over the death of George Floyd.
ABCNews 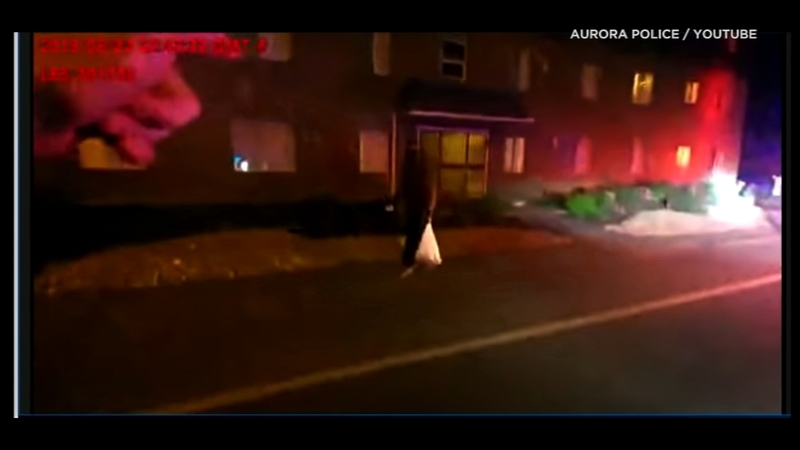 AURORA, Colo. -- As the world sees unprecedented protests calling for an end to police brutality and systemic racism in the name of George Floyd, a Black man who died while in police custody, the death of another Black man who was being detained by police has received renewed attention.

Elijah McClain, 23, died after he was apprehended by Aurora, Colorado, police in August 2019.

McClain's name has circulated throughout social media since Floyd's death, with some highlighting his case as yet another unarmed Black man to die and others demanding some form of justice. A petition on Change.org, calling for the officers involved to be taken off duty and a more "in-depth" investigation be conducted, has garnered more than 2.2 million signatures. That petition continued to grow as of Wednesday afternoon.

The story of McClain's death is "one of the many, many examples ... of an innocent young person who was absolutely minding his own business and was doing nothing wrong and was murdered by law enforcement," McClain family attorney, Mari Newman, told ABC News.

McClain was walking home after buying iced tea at a corner store on August 24, 2019, when he was stopped by police, Newman said.

He was wearing a ski mask on a warm night -- which Newman attributed to him getting cold -- when a person called 911 at 10:30 p.m. to report him for being "sketchy," according to an audio recording of the 911 call released by the Aurora Police Department.

Body camera video released by Aurora police can be viewed here. Warning: Content may be disturbing.


The caller told a 911 operator that a man, later identified as McClain, "has a mask on" and "he might be a good person or a bad person."

The caller said that no weapons were involved and when asked if he or anyone else was in danger, the caller can be heard responding, "no."

Police responded to the scene. Body camera footage showed McClain walking on the sidewalk with three officers approaching him. One tells him to stop multiple times, but McClain continued to walk.

According to the body camera footage, that officer then puts his hands on McClain, saying "stop tensing up," while McClain replies, "let go of me." The two other officers then appear to put their hands on him at this point too, the video shows.

McClain tells the officers he was "going home."

"You guys started to arrest me and I was stopping my music to listen," McClain said, according to the body camera video. One officer says he wants to move McClain over to a grassy area, which is when McClain appeared to struggle with the officers.

During the struggle, one officer shouts that McClain had tried to reach for another officer's gun, according to the body camera footage.

The officer whose gun McClain allegedly reached for later can be heard in the body camera footage that he did not remember feeling McClain go for his gun.

The officers bring him to the ground and place him in a carotid control hold -- which involves an officer placing his arm around a person's neck, restricting the flow of blood to the brain from the carotid arteries, according to a letter from Dave Young, the district attorney for Adams and Broomfield Counties, to then-Police Chief Nicholas Metz.

"I was just going home," McClain cried out while on the ground, with an officer pinning him down. "I don't do that stuff. I don't do any fighting."

McClain, who was placed in handcuffs, is seen at one point throwing up after the struggle with officers while he is on the ground.
EMBED More News Videos

Police in Aurora, Colo. stopped 23-year-old Elijah McClain because of a report about a suspicious person wearing a ski mask. His family says he wore it to keep warm. Bodycam video captured the arrest which preceded his death.

Paramedics with the Aurora Fire Department were called to the scene, which is department policy after the application of a carotid control hold. According to Young's letter, paramedics said that McClain remained combative and possibly suffered from a condition called excited delirium.

McClain was later administered, by paramedics, what Newman alleged was an "excessive dose" of ketamine, which is used by medical practitioners and veterinarians as an anesthetic.

Part of the fire department's protocol is to administer ketamine, with the goal of "rapid tranquilization in order to minimize time struggling," according to the DA's letter.

The Adams County coroner said in McClain's autopsy report that there was a "therapeutic level" of ketamine in his system.

"Even though he was totally restrained on the ground, the Aurora paramedics injected him with a dosage of ketamine," Newman said. "It was certainly not appropriate because he wasn't acting in any out-of-control way" when the ketamine was administered.

After McClain was put in an ambulance, he suffered from cardiac arrest, according to police.

Though police said McClain regained consciousness and was being treated at a local hospital, he died several days later.

Young, the district attorney, declined to bring charges against the officers involved. Young wrote in a letter to Metz, which was obtained by ABC News, that McClain was "violently struggling" with the officers and there is "no evidence to dispute the perception of the officers in the need to escalate the use of force."

The Adams County coroner ruled back in November 2019 that McClain's cause of death was "undetermined."

Possible contributing factors were listed as "intense physical exertion and a narrow left coronary artery," according to the autopsy, which was obtained by ABC News. Newman said McClain did not have any underlying medical conditions.

When reached for comment, police directed ABC News to previous statements they had made regarding McClain's death.

"We fully understand the need for transparency throughout this entire investigation and we can appreciate the seriousness of this matter. ... We continue to offer our deepest condolences to the McClain family and friends during this very difficult time," Aurora police said in a statement two days after the incident.

Newman, though, viewed it drastically differently.

"It was straight up torture really. ... The police failed him on every level, I mean that doesn't even begin to capture it," she said.

"They were very distraught and disappointed at how little attention his murder got at the time that it happened, so I think they're glad to see that people are now paying attention," she said. "I think it's also very hard ... to suddenly be thrusted to the limelight and having to talk about the very worst thing that's ever happened to them."

Newman said she thinks the public is now facing a reckoning of how it views police.

"A lot of the time people like to reassure themselves that the only people who get killed by law enforcement are people who were doing something wrong ... He wasn't doing anything wrong," Newman said.

I am hearing from many Coloradans who have expressed concerns with the investigation of Elijah McClain’s death. As a result, I have instructed my legal council to examine what the state can do and we are assessing next steps. (2/2)

Colorado Gov. Jared Polis responded to the newfound attention on the case in a tweet on Wednesday.

"Public confidence in our law enforcement process is incredibly important now more than ever. A fair and objective process free from real or perceived bias for investigating officer-involved killings is critical," Polis wrote. "I am hearing from many Coloradans who have expressed concerns with the investigation of Elijah McClain's death. As a result, I have instructed my legal council to examine what the state can do and we are assessing next steps."
Report a correction or typo
Related topics:
coloradodeath in custodypolicedeath investigation
Copyright © 2022 ABC News Internet Ventures.
TOP STORIES
Uvalde victims latest: Slain teacher's husband dies of heart attack
Saugus shooting survivor makes emotional plea during student walkout
4th grader 'did what she had to to survive' Uvalde shooting, aunt says
19 kids, 2 teachers killed in TX school shooting; gunman's mom speaks
Inland Empire gang sweep results in 17 arrests plus gun seizures
Depeche Mode's Andy Fletcher dead at 60
Uvalde man says his daughter was killed trying to call 911 on shooter
Show More
Man arrested after 81-year-old was carjacked at Stater Bros.
Surgeon describes assault weapons' extreme trauma to kids' bodies
'Goodfellas' and 'Field of Dreams' actor Ray Liotta dies at 67
Mom scoops up toddler as she chases bear in backyard
LA Pride Parade returning in 2022
More TOP STORIES News