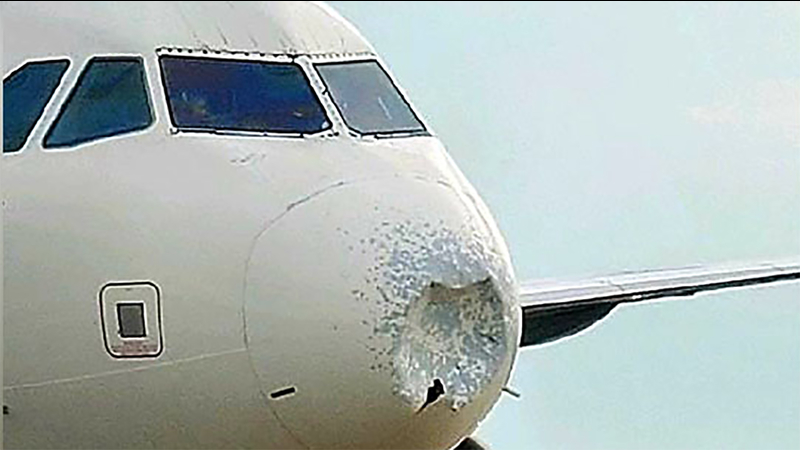 NEW YORK -- A Delta Airlines plane bound for New York's LaGuardia Airport was diverted on Monday night after reported a problem with its navigation equipment.

Delta says that the plane hit a bird. They previously thought the damage might have been caused by hail.

"Delta flight 1076 operating from West Palm Beach to New York-LaGuardia diverted to New York-JFK after encountering a bird," Delta officials said in a statement. "The flight landed safely and without incident, and maintenance is evaluating the aircraft."