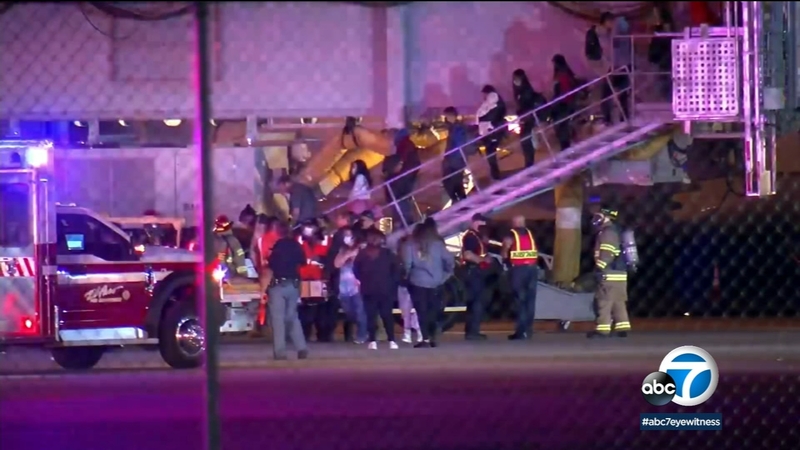 EL PASO, Texas (KABC) -- A mid-air emergency occurred Thursday evening on a Frontier Airlines flight that was heading from Las Vegas to San Antonio, prompting the passenger plane to make an emergency landing in El Paso.

"Battalion 3, at this time we have a Frontier Airlines coming in with 253 souls onboard, numerous patients feeling nausea, vomiting," a member of the El Paso Fire Department is heard saying in an audio recording. "Also, we might want to make this a hazmat, again not knowing what's causing the illness."

Another fire official is heard saying: "This might be carbon monoxide. We have our monitors uploading."

Multiple passengers were treated for the potential carbon-monoxide poisoning. Some who were onboard the flight said it was initially delayed in Las Vegas as maintenance crews worked to repair a fuel line.