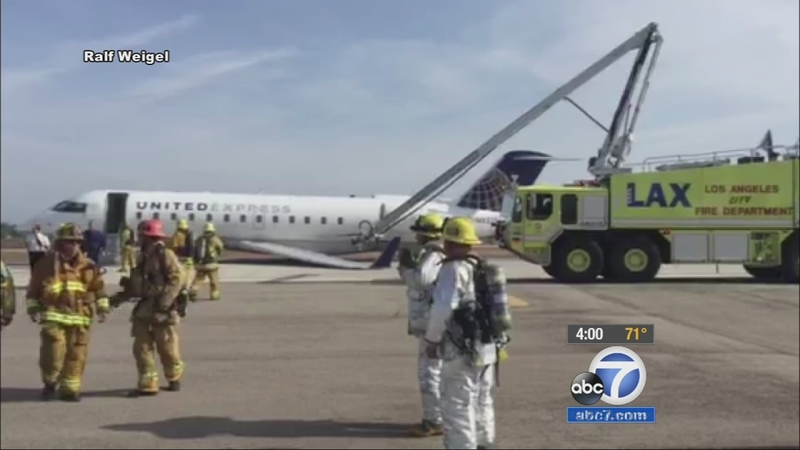 Skywest 5316, operating as United Express, was traveling from Monterey to Los Angeles when the left main landing gear failed to extend, SkyWest officials said in a statement.

The plane made an emergency landing at LAX runway 24L just before 8:30 a.m. All 40 passengers on board and three crew members exited the plane with no injuries.

Passengers said it was incredibly tense when the captain told them to "assume the crash position," which was to lean forward, put your hands over your head and brace.

"It was an incredibly smooth landing," said passenger Traci Reid. "I would say it was actually smoother than some of the landings that I've had with all of the landing gear down, so really, kudos to the pilot."