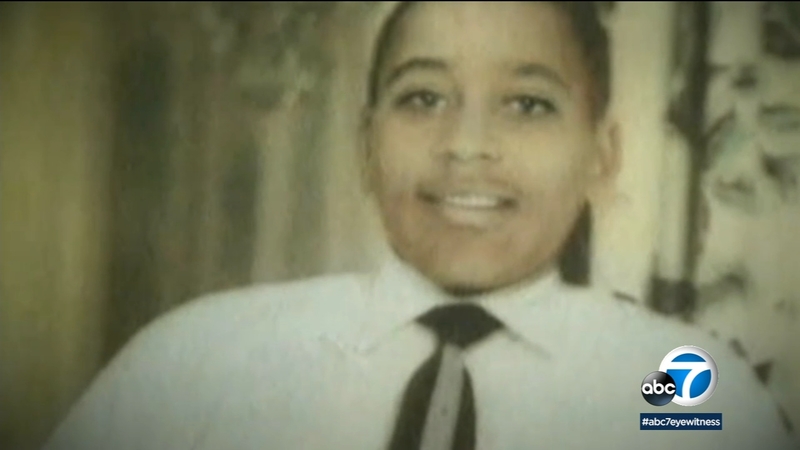 'Women of the Movement' looks at story of Emmett Till

The story of Mamie-Till Mobley is playing out over three weeks on ABC's new limited series, "Women of the Movement."

She was an educator.

She was a mother.

And she became an activist whose bravery brought international attention to the civil rights movement.

In "Women of the Movement," Adrienne Warren plays Mamie Till-Mobley. Her teenage son, Emmett Till, was brutally murdered in Mississippi in 1955 after being accused of offending a white woman in a grocery store.

Till-Mobley wanted the world to see that her son's killers beat him, mutilated him and shot him in the head. She insisted on an open casket at a public memorial.

Warren said, "I hope people see who Mamie Till-Mobley is. And I hope people learn who Emmett Till was. That's what I hope because he was a little boy, the joy of her life that was taken from his world because of hate and ignorance."

Cedric Joe plays Emmett Till in the series. He said, "No one should ever have to go through anything like this and I hope that we all start to look at it, each other, as humans and we look at each other equal."

Ray Fisher, who plays Mamie's husband, said of the experience shooting this, "Every day, I was grateful and every day I felt like we were doing something great. And I think if you talk to anyone in the cast and crew, they probably would share that same sentiment."

Chris Coy plays one of the men who admitted to killing Till.

"The only way any of us learn from our mistakes," he said, "is to face them, you know? This really happened and it really still happens and that's a problem."

For Warren, "If this show gives a little more of an insight to what mothers go through when this happens, that is what we came here to do.," she said.

"Women of the Movement" begins Thursday at 8 p.m. on ABC, followed by a docu-series with more about Mamie Till-Mobley called "Let The World See."