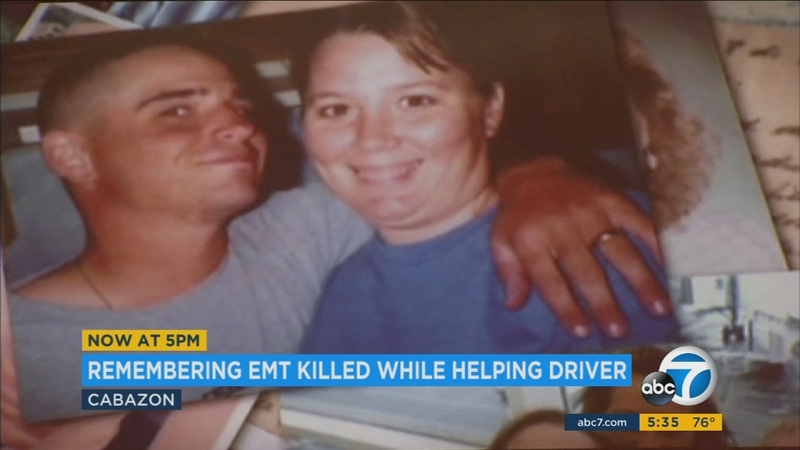 The 44-year-old mother of two was killed in January after she tried to help another driver involved in an accident on the 10 Freeway.

"There was countless times that she would want to stop and help people and make sure other people where okay. (She) put others' lives before her own," he said.

Friends, family and co-workers gathered to remember Warriner with poems, music and reflection at the memorial service Tuesday.

Warriner, whose career as an EMT spanned nearly two decades, had worked with the Morongo Public Safety Tribal Security Department for three years.

Her supervisor said Warriner's passion for the job showed in the people she helped.

"In a six-month period Stacey was involved in performing CPR on six people. One was an employee, and of those six she saved four lives," Kimberly Dietrick said.

Warriner died two days after she was struck on the freeway by a passing motorist. The two drivers involved survived.