Wrong-way crash in Encino that killed mother of 4 was intentionally caused by driver, family says 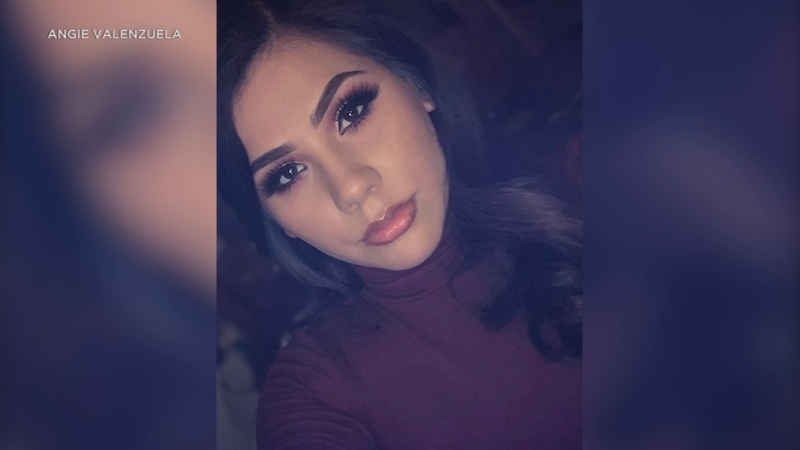 Encino crash that killed mom of 4 was not an accident, family says

ENCINO, LOS ANGELES (KABC) -- A heartbroken family is mourning the loss of their loved one, who was killed on the 101 Freeway in Encino after a wrong-way crash they say was intentionally caused by the driver - the victim's husband.

The victim, identified by family as 26-year-old Aimee Garcia, died Thursday after her husband drove a Lincoln SUV into oncoming traffic on the 101 near the 405 Freeway and crashed into a tractor trailer shortly after 7 p.m.

The couple's four children, all under the age of 9, were in the vehicle at the time and suffered minor injuries. They were hospitalized as a precaution.

The driver, identified by authorities as 31-year-old Cesar Iban Torres, allegedly tried to flee the scene. He was hogtied and arrested on the freeway after California Highway Patrol says he fought officers. A Taser was also used on Torres.

A wrong-way crash temporarily shut down all lanes of the southbound 101 Freeway in Encino. The collision left one woman dead and five people injured, including four children.

Firefighters tried to extract Garcia from the SUV, but she was later pronounced dead.

The children and the suspect were transported to UCLA Ronald Reagan Hospital.

"I'm just broken that my nephews are not going to grow up with their mom, and she put the kids over everything. She was all about the kids," said Juan Zavala, Garcia's brother.

Zavala says hours before the crash, Torres called him and made bizarre and disturbing comments.

"And he said... God talked to him and he said he has to give his family to God, and I'm like no, what are you talking about? Come back," Zavala said.

Zavala said he tried to locate the family but had no luck. He said one of his nephews in the SUV told him his parents were struggling for control of the steering wheel before the collision.

"He said 'mommy saved us,' and that broke my heart," Zavala said.

A GoFundMe page established for Garcia says she was a victim of domestic violence at the hands of Torres for many years.

Funds raised from the GoFundMe page will help pay for Garcia's funeral and help support her children.

"It's sad to know my sister is gone," Zavala said. "A beautiful soul taken too soon, but I still have four parts of her. I'm gonna make the best of it, and do the best I can."

Torres was being held at the Twin Towers Correctional Facility as of Friday, according to jail records. He is being held in lieu of $1 million bail and is facing felony charges.