Man shot to death at multi-million dollar mansion in Encino, one person in custody 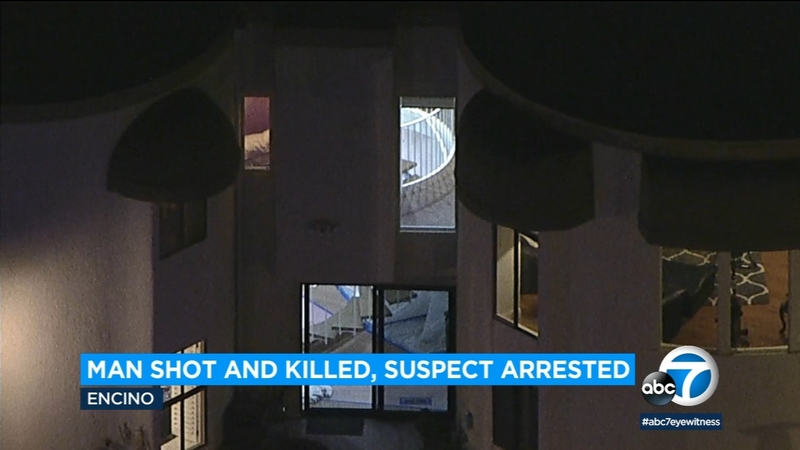 Man shot to death at multi-million dollar mansion in Encino

ENCINO, Calif. (KABC) -- A deadly shooting at a multi-million dollar mansion in Encino Thursday night, sparked a homicide investigation by the Los Angeles Police Department who says they have arrested a man they suspect of being the gunman.

Officers responded to the home located in the 16800 block of Encino Hills Drive shortly after 7 p.m., and found a man, in his 60s, suffering from gunshot wounds, according to LAPD detectives. The victim died at the scene.

LAPD arrested another man suspected of being the shooter, who was also in his 60s. Neither the suspect nor the victim has been identified by police.

Homicide detectives are still looking into a possible motive for the shooting.

A 102-year-old man was found dead in an Encino home, and a suspect has been booked on suspicion of murder in connection to the killing, according to police.

No further details were immediately known. The investigation is ongoing. Anyone who has information on this case is asked to contact the Los Angeles Police Department.