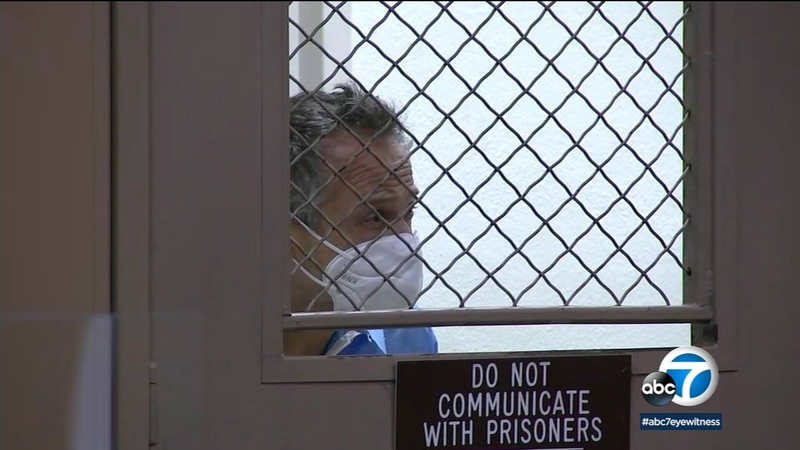 LOS ANGELES (KABC) -- A 47-year-old Santa Barbara man is facing a murder charge in a violent attack on a 100-year-old Encino man.

Adam Dimmerman appeared in a Van Nuys courtroom Monday for his arraignment but has yet to enter a plea.

Dimmerman is accused of killing Youssef Mahboubianfard, who was found beaten and cut in his garage last week.

Home surveillance video shows a man who appears to be Dimmerman in the neighborhood. The suspect is also accused of assaulting a worker in the area. Police also recovered an axe and knife.

They say there is no connection between Dimmerman and the victims.

Dimmerman has been charged with murder, attempted murder and assault with a deadly weapon.