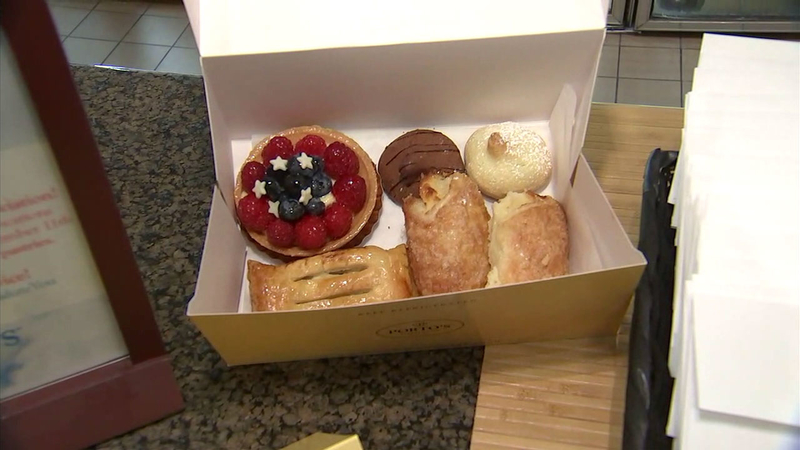 LOS ANGELES, Calif. (KABC) -- Eye on L.A. is giving you an all access pass to go behind the scenes of some of L.A.'s most beloved and iconic spots!

Did you ever wish you could go inside the mind of your furry friend to find out what he's thinking and why he does the silly things he does? Now you can, with the newest exhibit by the California Science Center, "Dogs! A Science Tail." From hearing like a big-eared hound, to seeing what they see, you'll literally get into their heads to experience a dog's point of view. This exhibit is a chance to understand our fur babies just a little better through engaging, hands-on exhibits. californiasciencecenter.org/exhibits/dogs-a-science-tail

PORTO'S BAKERY & CAFÉ
Drop by any of the Porto's Bakeries and two things are certain-- you won't be alone, and you'll be blown away! Eye on L.A. gets an exclusive behind the scenes look at the inner workings of this iconic Cuban bakery. With five locations in Burbank, Glendale, Downey, Buena Park and now West Covina (opening April 30, 2019), the Porto's chefs and bakers literally crank out thousands of Cuban treats and pastries every day! They've also just released a new line of 'bake-at-home' products, giving you the option to order some of Porto's most popular treats like potato balls or cheese rolls and pop 'em in the oven whenever you get the craving! portosbakery.com
EMBED More News Videos

No landmark in Los Angeles is more iconic than the world-famous Hollywood sign and the Hollywood Walk of Fame.

HOLLYWOOD SIGN
The Hollywood Sign is one of the most iconic structures in the world. For Los Angeles, it's like our Golden Gate Bridge or Eiffel Tower. Built to be a temporary billboard in 1923, the Hollywoodland sign was created to sell real estate in the hills above Beachwood Canyon. The original billboard made of tin was only meant to stay up for 18 months, but no one ever got around to taking it down. In 1946 the Hollywood Chamber of Commerce and the city of L.A. decided to rebuild the sign, with the new name, HOLLYWOOD, a statement about the strength of the film industry and the jobs that it represented. Watch as Eye on L.A. host, Tina Malave - with special permission from the Hollywood Sign Trust, repels down the side of Mt. Lee to get up close and personal with the sign! Want to find the best hikes to see the sign up close? Check out the brand new Hollywood Sign website: hollywoodsign.org

HOLLYWOOD WALK OF FAME
Eye on L.A.'s Tina Malave gets an exciting opportunity to help "Star Maker," Vince Godinez with Top End Terrazzo build the star for Latino American hip-hop artists, Cypress Hill! Watch how the famous stars are made and then go check out Cypress Hill's star located in front of Greenleaf Gourmet Chopshop at 6201 Hollywood Blvd. walkoffame.com

ABELL AUCTION HOUSE
The Abell Auction Company in Commerce is a family legacy more than a century in the making. They began in 1907 as a retail operation in West Adams and transitioned into an auction business in 1916. Packed and popular for decades, the impressive crowds were often shoulder to shoulder until disaster stuck in 1992 when the L.A. riots destroyed the business. But three weeks later they moved to Commerce and were up and running again. For the past 27 years, business has been booming, with weekly auctions held every Thursday and high end, specialty auctions on a monthly basis. And here's a TIP-- this is the go-to spot for designers and decorating pros to find unique treasures, but you don't have to be a pro to get in on the auction action. Stop by on Wednesdays to preview the goods then place your bids on Thursday! abell.com

Abell Auction Company in the city of Commerce is family legacy more than a century in the making. And the jaw-dropping drama of Cirque Du Soleil has come to town, with artistry and athleticism that will astound you.

CIRQUE DU SOLEIL: AMALUNA
The jaw dropping drama of Cirque Du Soleil has come to town, with artistry and athleticism that will astound you. Setting up shop at the port of Los Angeles in San Pedro, Amaluna is a Cirque show like no other. Women are front and center in this story that takes place on a female inhabited island. Striking a perfect balance, it becomes a love story when some equally powerful men show up to show off their own death-defying talents. Amaluna runs now through June 9, 2019, under the big top at the L.A. Waterfront in San Pedro. cirquedusoleil.com/amaluna
Report a correction or typo
Related topics:
arts & entertainmentlos angeleslos angeles countyeye on l.a.
Copyright © 2021 KABC-TV. All Rights Reserved.
EYE ON L.A.