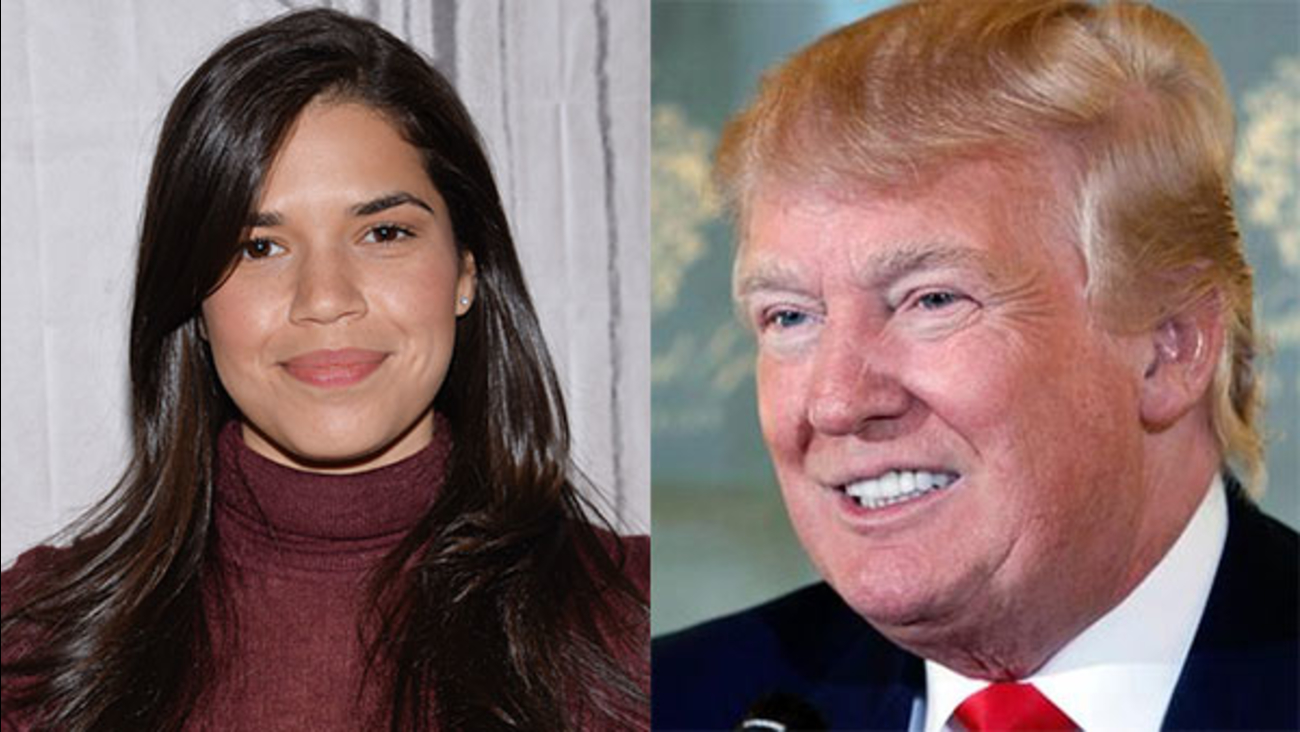 WABC
NEW YORK -- The Miss USA pageant, left without a TV home following blowback against co-owner Donald Trump over his comments on Mexican immigrants, has been rescued by the Reelz channel.

In a statement Thursday, Reelz CEO Stan E. Hubbard said the cable and satellite channel acquired the rights because of a belief that the pageant and the women who compete in it "are an integral part of American tradition."

"As one of only a few independent networks, we decided to exercise our own voice and committed ourselves to bringing this pageant to American viewers everywhere," Hubbard said.

While Reelz, which reaches 70 million homes, said it considered the interests of Miss USA contestants, the host city of Baton Rouge, Louisiana, and viewers in making its decision, it made no mention of Trump or the hot water he's found himself in since he announced his presidential bid in June.

The statement also did not include details on Reelz's acquisition of the pageant that had been a joint venture between Trump and NBC, as was the Miss Universe pageant. NBC cited Trump's comments on immigrants in announcing it was cutting business ties with him.

This isn't the first time Reelz has gone its own way. When the History channel dropped "The Kennedys" miniseries that had been made for it, saying it didn't fit its brand, Reelz aired it in 2011 and was rewarded with record channel ratings and awards attention.

Reelz said the Miss USA pageant will be televised July 12, its originally scheduled date on NBC. The pageant will have to scramble after a mass exodus of performers, hosts and judges who cited opposition to Trump's views as the reason.

Trump's presidential campaign announcement contained his assertion that some Mexican immigrants to the United States bring drugs and crime, and some are rapists. The comments prompted actress America Ferrera to pen the following letter on The Huffington Post website that has since gone viral.

You've said some pretty offensive things about Latino immigrants recently, and I think they're worth addressing. Because, you know, this is the United States of America, where I have a right to speak up even if I'm not a billionaire. Isn't that awesome?

Anyway, I heard what you said about the kind of people you think Latino immigrants are -- people with problems, who bring drugs, crime and rape to America. While your comments are incredibly ignorant and racist, I don't want to spend my time chastising you. I'll leave that to your business partners like Univision and NBC, who have the power to scold you where it hurts. Instead, I'm writing to say thank you!
You see, what you just did with your straight talk was send more Latino voters to the polls than several registration rallies combined! Thank you for that. Here we are pounding the pavement to get American Latinos to the polls, while your tactic proves most effective. Remarks like yours will serve brilliantly to energize Latino voters and increase turnout on election day against you and any other candidate who runs on a platform of hateful rhetoric.

Do you know why that's such a big deal, Donald? Because Latinos are the largest, youngest and fastest-growing constituency in the United States of America. That's right! You are running for President in a country where the Latino population grew by over 49 percent from 2000-2012, while the rest of the country grew by 5.8 percent. What's more, we are the future. The median age of the average Latino is 27 years old, compared to 42 years old for white Americans. In case you need a translation, that means there are a whole lot of Americans who are Latino and have the right to vote. And, we're not going anywhere.

This is the America we are actually living in. I hope by now you understand that without the Latino vote, there is no chance of you ever winning this election. If you don't believe me, you could ask President Bush or you could even ask President Obama.

You, Mr. Trump, are living in an outdated fantasy of a bigoted America. Last week, America celebrated some amazing milestones -- marriage equality, universal healthcare, removing of the confederate flag -- making it clear in which direction the country is moving. That is why racist remarks that play to extremists won't change the tide, no matter how hard you try. They will only serve to rally more Latino voters to the polls. Your negativity and your poorly thought out speech ignited a fire in our community. Thank you, Mr. Trump!

You have made your thoughts on the Latino community clear and you continue to stand by them. And in return, we will do more than tweet about our indignation and beat piatas of your likeness. We will silence you at the polls. We will vote and use our growing position in U.S. politics. Our fellow Americans who understand and value our contributions will join us. We know there is nothing that scares you more.

The truth is, Mr. Trump, that your comments mean that you fail to see that immigrants are what have made this nation. They are at the core of our ideals, and they are the foundation that keeps us afloat. No, Mr. Trump, you may not reduce us to drug dealers and rapists. We are moms and dads, sons and daughters. We are valedictorians and honor students. We are college graduates, bankers, police officers,
entertainers, teachers, journalists, politicians and we are the future of America.

Thank you for helping us in our work to energize the Latino vote and to usher in our shared future! Keep it up!

The fallout for Trump has been steep. Rapper Flo Rida had been the highest profile performer scheduled for Miss USA, and his representative confirmed Wednesday that he wouldn't perform. Country singer Craig Wayne Boyd, winner of "The Voice" last year, and pop singer Natalie La Rose also dropped out. There were no more announced performers.

Of that quintet, only Decker's name was listed as a judge by Miss USA on its website Wednesday. That's the day Smith dropped out.

The pageant lost both of its co-hosts, Cheryl Burke of "Dancing With the Stars" and MSNBC anchor Thomas Roberts, on Tuesday. On Wednesday, Jeannie Mai, who hosted a show on the Style Network, was listed as a show host.

Trump's campaign comments struck many Latinos as insensitive, and Univision's decision last week to back out of televising Miss USA and break off its business ties with Trump led to a cascade of others following suit. Trump responded by suing Univision on Tuesday.

New York City officials said they were reviewing the city's contracts with Trump in light of his comments, and Mayor Bill de Blasio issued a statement calling them "disgusting and offensive," adding that "this hateful language has no place in our city."

Gov. Susana Martinez of New Mexico, the nation's only Latina governor and a rising star in the Republican party, added her voice Wednesday to criticism of the GOP presidential hopeful, denouncing his comments as "horrible."