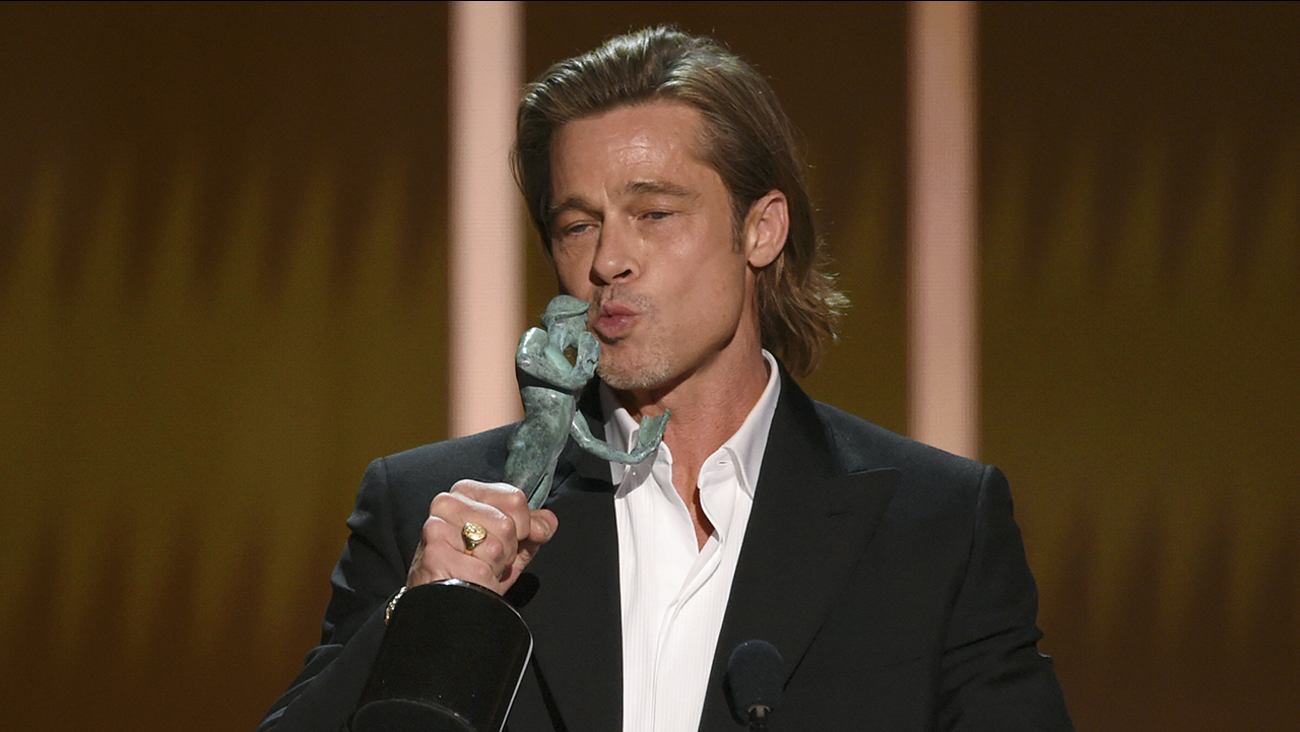 Brad Pitt kisses "The Actor" statuette as he accepts the award for outstanding performance by a male actor in a supporting role for "Once Upon a Time in Hollywood." (Chris Pizzello)

LOS ANGELES -- Brad Pitt won "The Actor" for his role in "Once Upon a Time ... in Hollywood" at the 26th Screen Actors Guild Awards and used his speech to poke fun at himself.

"I've got to add this to my Tinder profile," he joked while holding up the statuette.

While thanking his "Once Upon a Time ... in Hollywood" costars, Pitt mentioned Leonardo DiCaprio, Margot Robbie and "Margot Robbie's feet."

"Seriously, Quentin has separated more women from their shoes than the TSA," he said.

The 56-year-old star took a moment to be serious and thank his fellow actors for their influence on his work.

"You all elevated my game. I certainly hope I did the same for you," he said.

Then he pivoted to joke about the role that landed him the win.

"Let's be honest, it was a difficult part. A guy who gets high, takes his shirt off and doesn't get on with wife," joked Pitt. "It was a big stretch."

The audience laughed and clapped, including -- as the cameras captured -- Jennifer Aniston.

Aniston and Pitt were married in 2000, and their 2005 divorce was surrounded by media speculation that Pitt had been unfaithful with his "Mr. & Mrs. Smith" co-star Angelina Jolie. He later married -- then divorced -- Jolie.