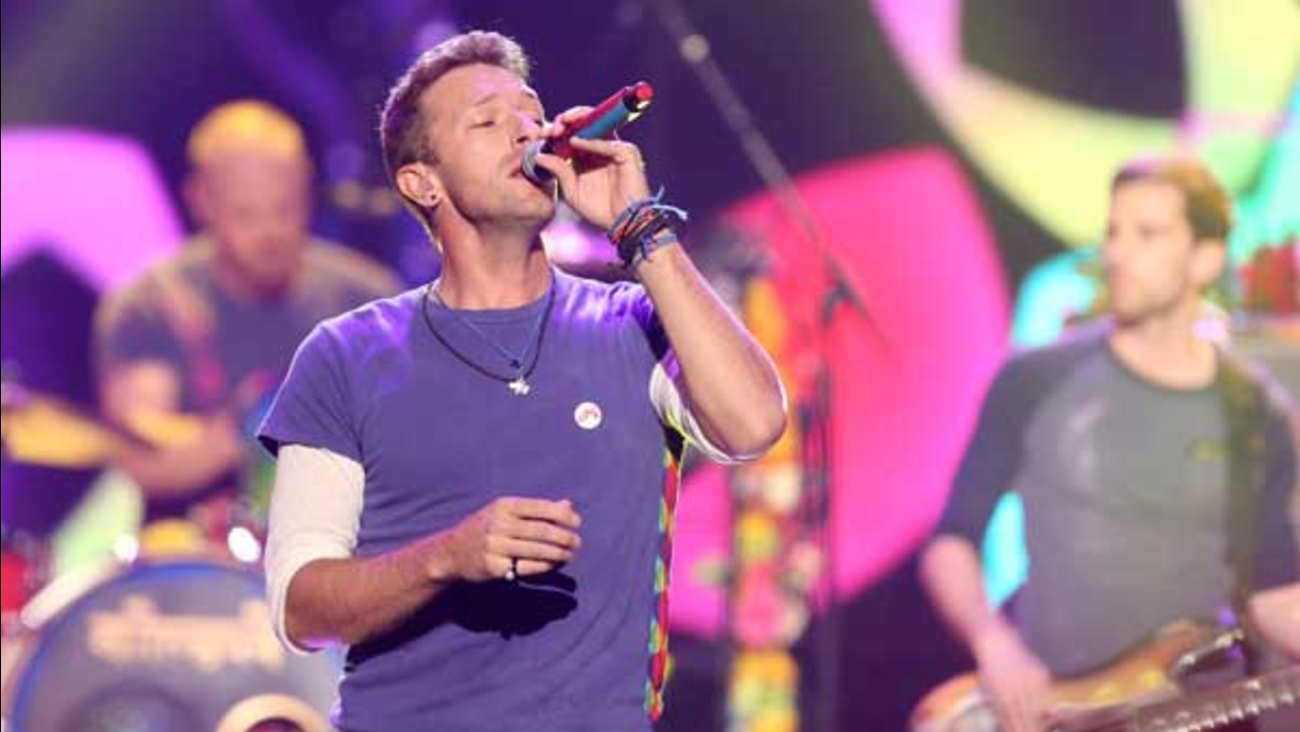 Chris Martin of Coldplay performs at the American Music Awards at the Microsoft Theater in Los Angeles. (Photo by Matt Sayles/Invision/AP)

LOS ANGELES -- Coldplay is headlining the Super Bowl halftime show, and a spokesman for the National Football League hinted that past halftime performers could join the band onstage.

"That's where you'll have to tune in Feb. 7 to find out," NFL vice president of programming and media Ron Semiao said Thursday.

Katy Perry starred in the most-watched Super Bowl halftime show in history earlier this year, when more than 118 million viewers tuned in to see her perform with Lenny Kravitz and her now-famous dancing sharks. Previous halftime headliners include Bruno Mars, Prince, Beyonce, Madonna, Bruce Springsteen, U2 and the Rolling Stones.

"The show has grown into the most important live music stage on the planet," Semiao said, recalling the halftime show at the first Super Bowl in 1967 featured two college marching bands.

Coldplay's halftime set will be made up of hits, Semiao said, including hot tracks from the new album, "A Head Full of Dreams," out Friday. Coldplay confirmed the Super Bowl appearance on its website and social media pages Thursday.

"It's official: we're performing at the Pepsi SuperBowl 50 Halftime Show!" read a post on the band's Twitter page.

Coldplay will appear in a series of behind-the-scenes videos on Pepsi.com about the making of the Super Bowl halftime show, he said. The first features the band during a rehearsal for their recent performance on the American Music Awards. Coldplay frontman Chris Martin also shares his favorite Super Bowl memories. Other videos will focus on special guest performers who have yet to be announced, Semiao said.

The Super Bowl will be held at Levi's Stadium in Santa Clara, California.