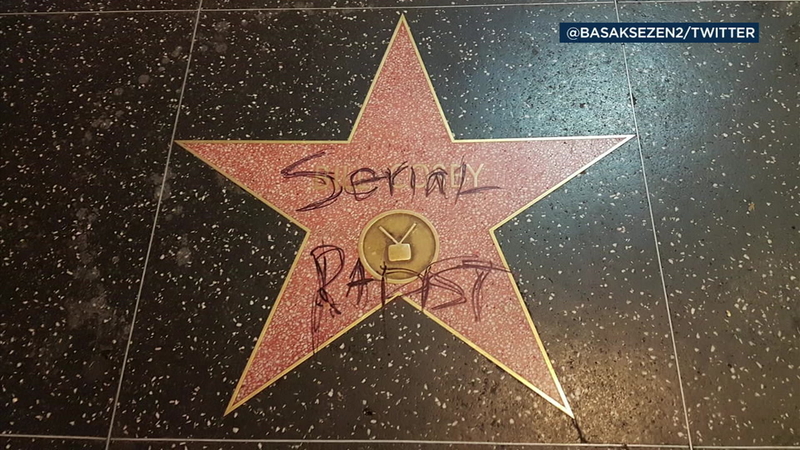 Someone wrote the words "serial rapist" on the star Monday night.

Crews have since cleaned it up, but no arrests have been made.

Cosby was found guilty in April of sexually assaulting a woman in his home in 2004.