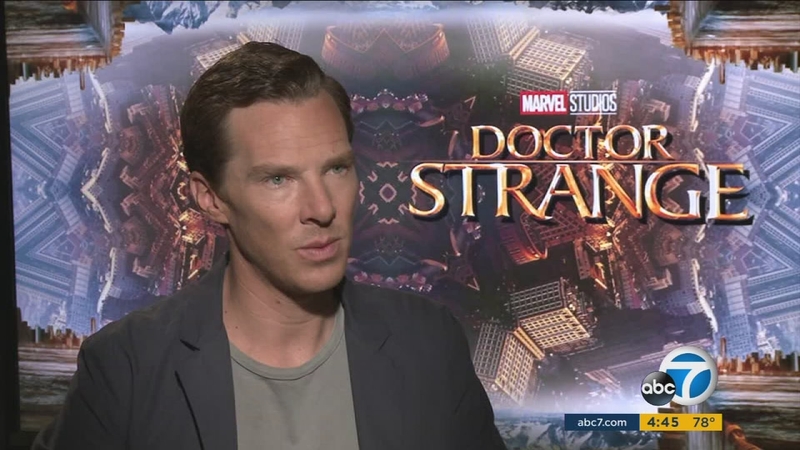 This sorcerer supreme harnesses the supernatural and opens the Marvel universe to magic for the first time. The actor was beyond excited to be able to jump into all the "strange" fun.

"I've grown up as a cinema-going lover of this comic universe and to then get a chance to play in it was fantastic," Cumberbatch said. "But also then to be given a canvas that felt very new and a character arc that was very different. The entire flavor of it is a new turn as it was in the comics, originally."

The actors were thrilled when they were finally able to see director Scott Derrickson's finished movie, which is filled with dazzling, mind-bending special effects.

"In each sequence, there was a general concept to do a set piece that hadn't been done before," Derrickson said. "Each one of them was an idea that I just hadn't seen in a movie before."

"It's like a playground for us and we all felt like we were in a sort of kindergarten just playing with toys," co-star Tilda Swinton said. "And I think Scott was just as psyched as the rest of us to be playing with all these toys."

"We are going to grab you by the hand and drag you through the multi-verse and back," Wong said, with a laugh. "And I think at the end of the film people will really just want to have a nice strong, calming cup of tea."