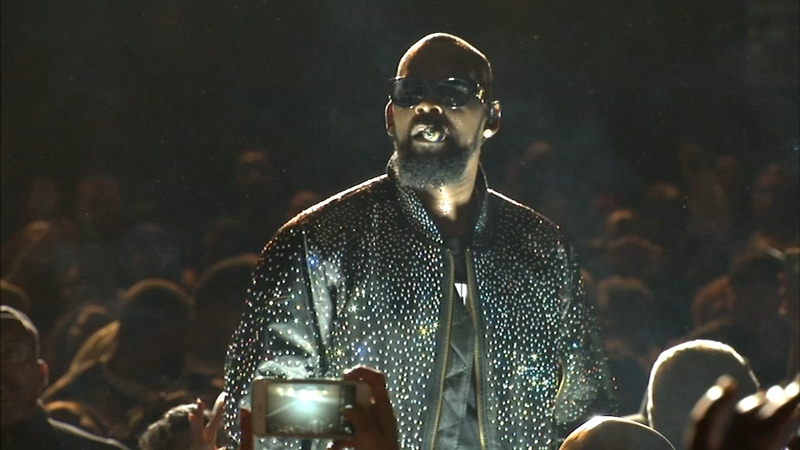 It even flourished after his 2008 acquittal of child pornography charges.

"The music industry is sadly complicit in not having a reckoning for this artist," said Jim DeRogatis, BuzzFeed News Contributor.

DeRogatis said Kelly's day of reckoning is long overdue. He has been writing about the sexual abuse allegations against Kelly for years.

Friday DeRogatis published a lengthy piece about more allegations from women who said they were abused by Kelly as teenagers.

DeRogatis also interviewed parents who said their children are being held by Kelly.

"These young women, according to five parents who are on the record, are being held in a situation where they are being told when to sleep, where to eat, how to pleasure him in encounters he records," DeRogatis said.

While Kelly adamantly denies the allegations, a movement to mute him is gaining momentum. #MuteRKelly was started last year by Georgia activist Kenyette Tisha Barnes.

"This is not about R. Kelly, this is about an unspoken reality of sexual violence in our community, said Barnes.

Barnes says the goal is to bring down Kelly economically. The movement is responsible for canceling 10 R. Kelly concerts, including one Saturday night at the UIC Pavilion.

With many Hollywood Celebrities on board, #MuteRKelly is hoping radio stations and streaming services will stop playing music by the artist. Meantime, DeRogatis said he will continue to report on the allegations until law enforcement takes them seriously.

"I don't think it ends until his career is taken away and those girls are home," said DeRogatis.