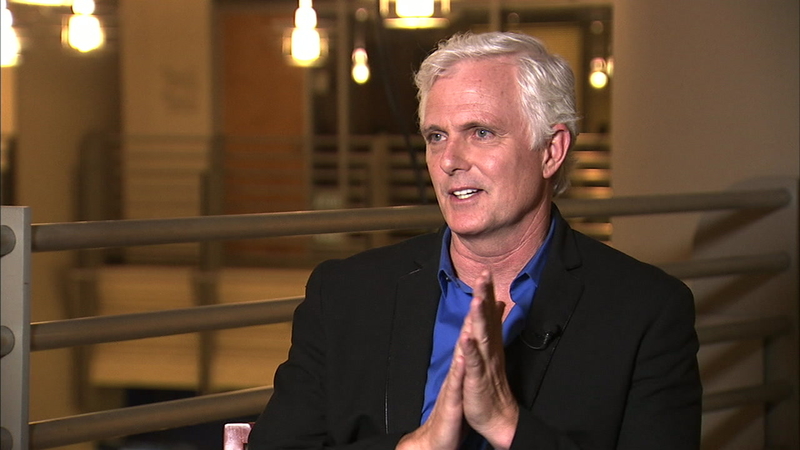 LOS ANGELES (KABC) -- Patrick Cassidy began his career in show business before he was even born. His mom, actress Shirley Jones, was pregnant with him while she was filming "The Music Man."

He spent his life in front of a camera or on a stage, and now he's stepping behind-the-scenes for his latest role: artistic director of 5-Star Theatricals in Thousand Oaks.

Cassidy is thrilled "Beauty and the Beast" is temporarily taking over the Thousand Oaks Civic Arts Plaza.

"I mean, she hasn't done the part in 22 years and just for us, she's decided to come back and reprise the role. And it's selling tickets, and she's fantastic. She looks beautiful, she sings beautiful. We can't wait," Cassidy said.

For Cassidy, the show is only the beginning of him helping make people aware of the Broadway shows in his community.

He's turned his life into a show he performs periodically.

"The show is called 'Just Another Family Tree,' and it's about my 40 years as a performer and growing up in a family where every single person around the dinner table is in show business, but we're a family with family problems and family tragedies," he said. "We're a family."

Cassidy has always loved teaching, specifically musical theatre, and with his new job, he'll get to do that and give back, too. It's something his mom instilled in him many years ago.

"We're starting an educational academy under 5-Star's marquee, where I will get people up there to give kids a chance. Their dreams to become what's been my dream, you know, to be in an equity show and to possibly get your equity card and then go to New York and be on Broadway. That's my mission," he said.