Authorities were searching the waters of Lake Piru a day after Rivera's 4-year-old son was found alone on a rented boat.
KABC
By John Gregory, Sid Garcia and Leanne Suter 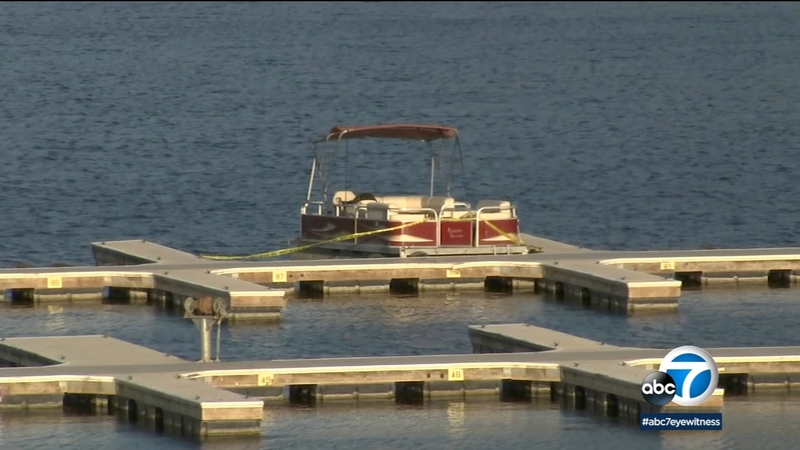 According to the Ventura County Sheriff's Office, the 33-year-old Rivera is presumed dead in a tragic accident after a boating and swimming excursion that began about 1 p.m. Wednesday.

"There's no evidence of foul play at this point," sheriff's Capt. Eric Buschow told reporters at the scene. "This may well be a case of drowning."
EMBED More News Videos

Ventura County Sheriff's Department released surveillance video on Thursday that shows actress Naya Rivera and her son at Lake Piru before her disappearance.

During a news conference on Thursday, officials said surveillance video shows Rivera and her son were the only people on the rented boat when it left shore. Audio from a 911 call was also released.

Authorities do not believe Rivera made it to shore and are focusing their search efforts on the waters of Lake Piru.

Investigators said the former "Glee" star and her 4-year-old son made their way toward the north shore of the lake aboard the pontoon boat and did not return hours later as scheduled.

A Ventura County sheriff's spokesman said the search-and-rescue effort for missing actress Naya Rivera has transitioned to a search-and-recovery operation.

A boat-rental employee went out on the water to search for them and found the child alone on the boat, sleeping. He was wearing a life vest, and an adult's vest was found on the watercraft, but his mother was nowhere to be seen.

A multi-agency search was launched, including divers in the water and drones and a helicopter in the air. Searchers temporarily suspended their efforts about 10 p.m. due to hazardous conditions.
Hours after the search resumed by more than 80 personnel on Thursday morning, officials confirmed that Rivera was presumed dead. Sheriff's Deputy Chris Dyer said that did not change the intensity of the recovery operation.

At a brief news conference at the lake, Dyer said Rivera had been familiar with the popular destination for boaters and swimmers, which she had visited several times in the past.

News of the actress' disappearance prompted the launching of a Change.org petition that calls for warning signs to be posted at the lake.

"Naya Rivera is not the first, nor the last to go missing at Lake Piru," the petition says, adding that the body of water is "a very deep lake with very bad whirlpools. People have been asking for years for the city to put up warning signs for swimmers."

The petition, which had more than 6,600 signatures Thursday morning, claims local residents do not visit the lake "for this reason! Tourists have no idea what they're getting into."

Rivera's 4-year-old son is from a marriage with actor Ryan Dorsey. The couple finalized their divorce in June 2018 after nearly four years of marriage.

Rivera played Santana Lopez, a singing cheerleader in the musical-comedy "Glee" that aired on Fox from 2009 until 2015. She appeared in 113 episodes of the series and dated co-star Mark Salling, who died by suicide in 2018 at age 35 after pleading guilty to child pornography charges.

TIMELINE: THE SEARCH FOR NAYA RIVERA

Multiple teams of professional search & rescue personnel are actively searching Lake Piru for clues to the location of Naya Rivera. With over 80 people involved in the search right now, we are using helicopters, boats, ATV vehicles, and ground personnel to try and locate her. pic.twitter.com/o2bN5sQFms