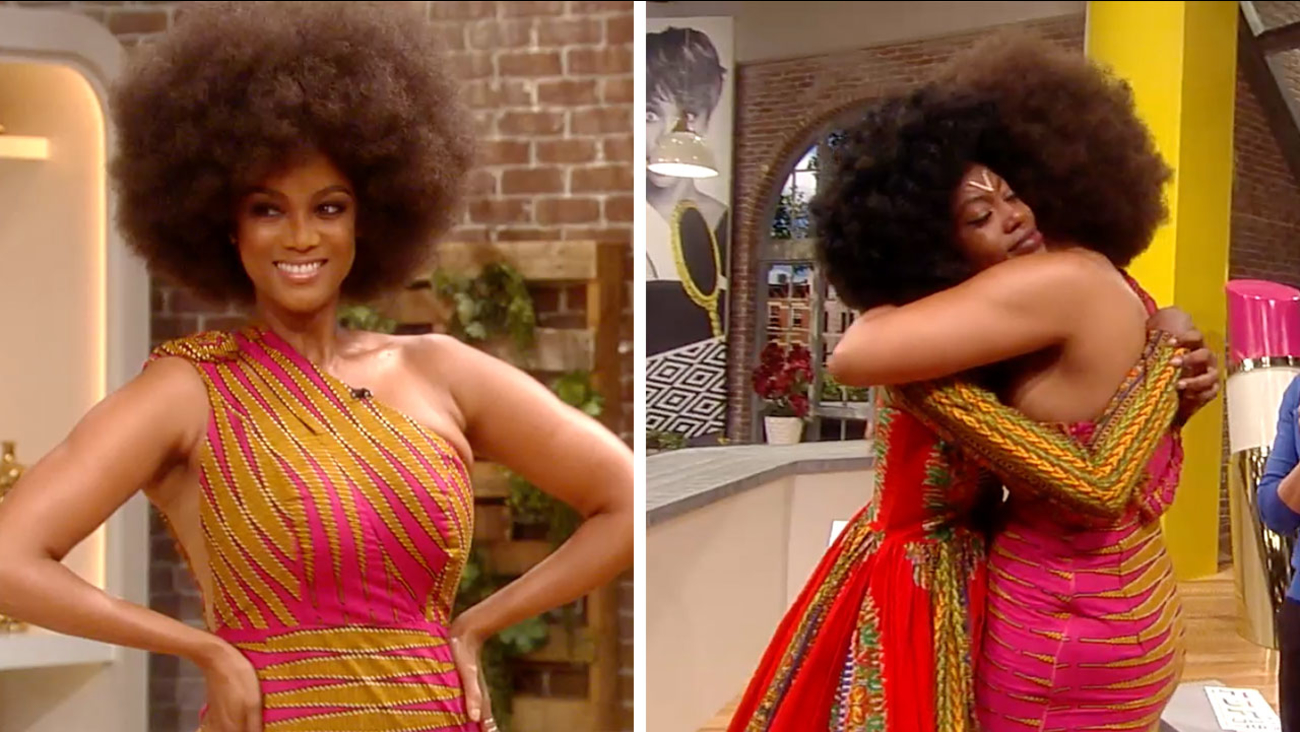 McEntyre will appear on the new ABC talk series FABLife today, wearing her infamous and intricate red prom dress that catapulted her to viral fame earlier this year. The young designer was shocked, when Banks stepped on the stage, to see that she was already modeling the specialty dress that McEntyre had crafted.

McEntyre had received a storm of comments praising her dress, but her design truly went viral after Tyra Banks shared it on her own Instagram page, saying "I wish I could go back in time with you, so you can make MY Prom dress."

McEntyre said that she was motivated to make her prom dress in part because of bullying she suffered when she was younger.

"I was trying to show society that it's ok to be yourself," McEntyre said. "I think it's really important that we let people know that you don't need someone else to identify your identity."