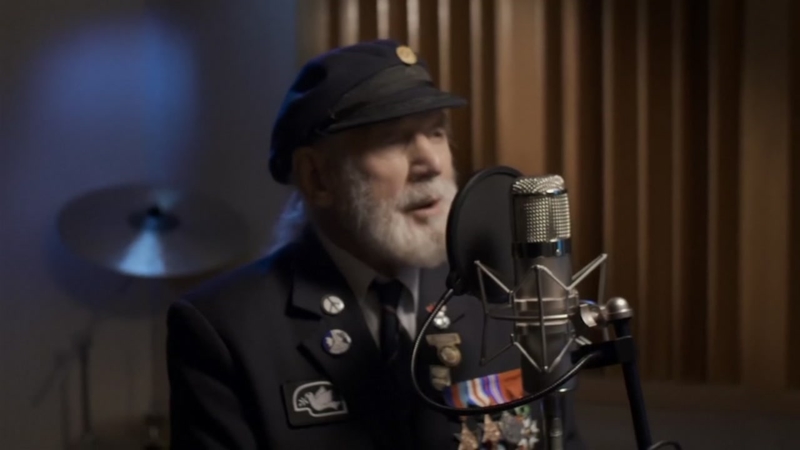 Jim Radford was just 15 years old during when Allied troops stormed the beaches of Normandy. According to ABC News, Radford was a galley boy serving on a tug boat during the invasion. He was able to serve because tugboat companies were exempt from rules that recruits had to be at least 16 to join.

"I didn't know when I went that my first trip was going to be the invasion of Europe," he said. "The song is to remember the brave lads that didn't come back."

Radford is now a member of an anti-war organization called Veterans for Peace. He said he hopes his song will shed new light on the experiences of those who died during WWII.

"The water was full of dead men, the beach had burning landing crafts," he recalled. "Things on fire. Lots of wounded men on the beach and dead men too. The dead men were in the water around the ship. I grieved for them then, as I am doing now, but you hadn't time to do anything about that. You had to focus. You had a job to do."

Radford returned to the site of the invasion 25 years later to find a different scene. He saw children running and playing where soldiers had died. The scene moved him to tears and inspired him to do something to remind the world about the sacrifice and cost of war.

Radford and many of his fellow British WW2 veterans are working to raise money to build a memorial at Normandy so all visitors can remember what happened there.

"I hope they will bring the students up here with good guides to explain about the war, the results of war, the stupidity of war and instill in future population, for God sake, never have another war," D-Day veteran George Batts said.

You can download Radford's song here. Funds raised by the song will go toward building The British Normandy Memorial.