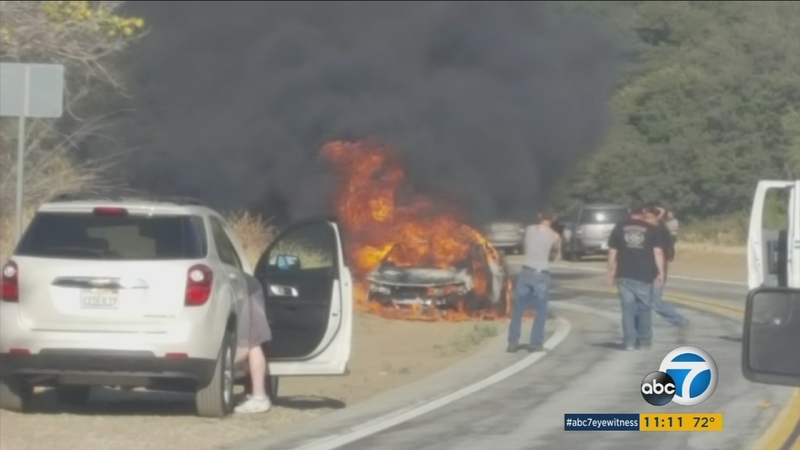 LEONA VALLEY, Calif. (KABC) -- Evacuations have been lifted after a fast moving brush fire was knocked down in Leona Valley on Thursday.

The Los Angeles County Fire Department said the blaze was sparked by a vehicle fire one mile east of Spunky Canyon off of Bouquet Canyon Road just before 6 p.m.

The 25-acre fire, which was dubbed the Spunky Fire, was running toward homes and fueled by heavy brush, according to fire officials.

Authorities ordered evacuations for portions of the Lost Valley area, which is located in the southwestern portion of Leona Valley.

The evacuations were later lifted after the Angeles National Forest reported the fire was knocked down at about 8 p.m.