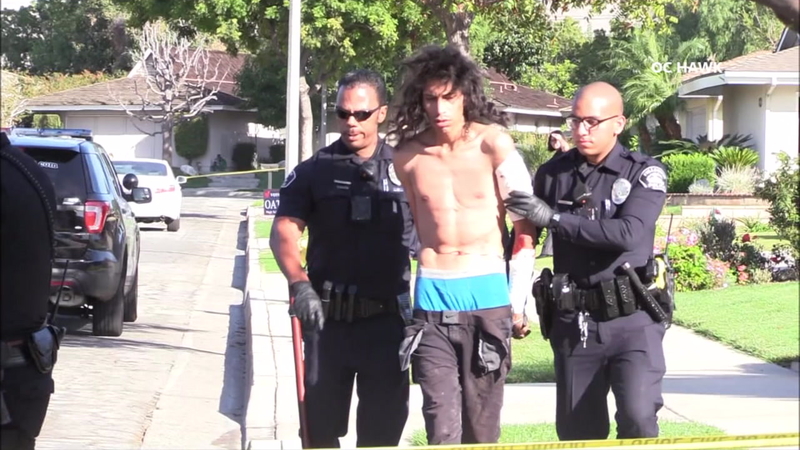 FULLERTON, Calif. (KABC) -- A female CSUF student was stabbed in the parking structure of a church in Fullerton on Wednesday.

Fullerton police said the incident occurred shortly before 1 p.m. at the parking structure of EvFree Church in the 2800 block of Brea Boulevard.

The second floor of the structure serves as remote parking for Cal State Fullerton students, police said. A shuttle picks students up from the parking structure and drops them off at the school's campus, authorities said.

Responding officers found the victim, described as a 20-year-old woman, suffering from two stab wounds. She was rushed to a local trauma center and is expected to survive.

Investigators believe she did not know the suspect and that the attack was random.

EvFree Church and nearby Beechwood Elementary School were briefly placed on lockdown as a precaution as authorities searched for the suspect. Residents were told to stay away from the area.

Around 2:45 p.m., police located and arrested the suspect, who was found hiding in a nearby neighborhood. The investigation is ongoing.

"We try to monitor the area and make sure it's always safe," Davis said. "So, to hear something like this, it is a little discouraging, because we do try to encourage students to come out here and park, and use the structure as much as possible."
Report a correction or typo
Related topics:
fullertonorange countysearchattackschool lockdownwoman attackedstabbing
Copyright © 2022 KABC Television, LLC. All rights reserved.
TOP STORIES
3 local teens identified as victims in fatal Pasadena crash
Missing diver's body found off Huntington Beach coast
Stolen WeHo Frenchie recovered in Philadelphia, reunited with owner
Nurse in deadly downtown LA attack remembered by friends, neighbors
Arrests in fatal stabbing of man who tried to break up fight in LA
Rams beat Cardinals 34-11 to advance in the NFL playoffs
Omicron surge hasn't peaked nationwide: US surgeon general
Show More
LA Zoo honors Betty White on her 100th birthday
Dozens of LAX flights delayed, canceled due to East Coast storm
MLK Day: Physicians reflect on efforts to combat health care inequity
Stafford, Murray seek first playoff wins when Cardinals visit LA
1 killed in fiery multi-vehicle crash on 105 Freeway in Paramount
More TOP STORIES News