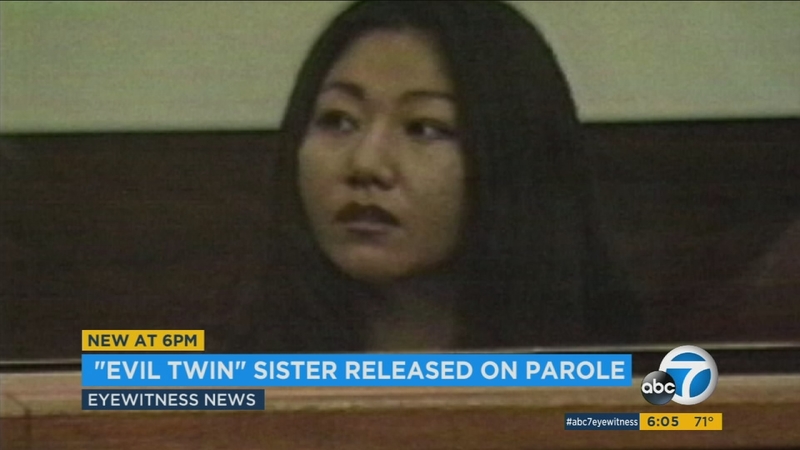 SANTA ANA, Calif. (KABC) -- An Orange County woman, dubbed the "evil twin" by police for plotting to kill her identical sister in Irvine, has been released on parole from a women's state prison in Chowchilla.

Jeen "Gina" Han, 44, was convicted in 1998 of plotting to kill her twin sister, Sunny Han, in a case that made international headlines. She has served nearly 20 years behind bars.

Jeen Han and two others were convicted for conspiracy to commit murder, burglary and false imprisonment.

A report from 1996 shows Jeen "Gina" Han's first court appearance for the plotting of her twin sister's murder.

Prosecutors said the three plotted to kill Sunny Han, who was rescued by police after she was found tied up alongside her roommate.

Jeen Han was sentenced to 26 years to life in state prison.