4 killed after SUV crashes, rolls down embankments in Pomona 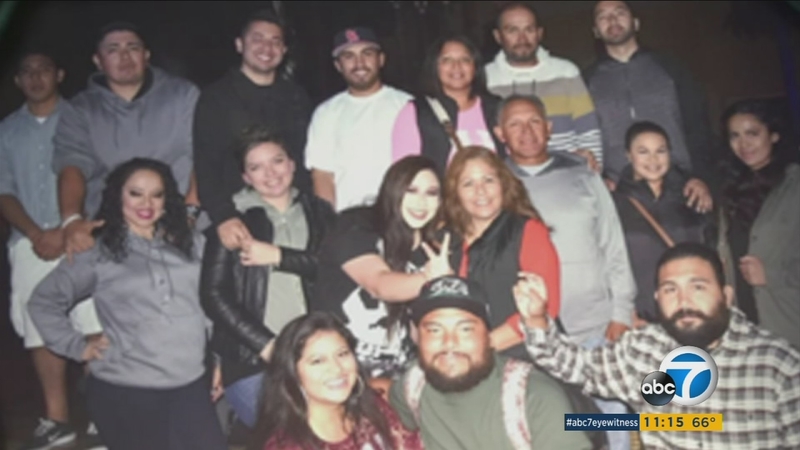 4 killed after SUV crashes, rolls down embankments in Pomona

POMONA, Calif. (KABC) -- Four people were killed after the SUV they were in was sideswiped by a car, causing it to overturn down two embankments on the 60 Freeway in Pomona Saturday morning.

Authorities said around 5 a.m., the driver of a 2003 Ford Explorer was heading eastbound on the 60 Freeway near the Reservoir Street off-ramp, traveling between 65 and 70 mph. The driver, identified as Elena Chavez-Lopez, told authorities that a white newer-model car hit the left side of her SUV.

The crash caused Chavez-Lopez to lose control of the vehicle, and she veered to the right. The car then overturned onto the right shoulder, rolling down an embankment across from the off-ramp and then rolling down a second embankment before finally stopping at a chain link fence.

Three of those injured occupants were taken to Arrowhead Regional Hospital, while another was taken to UC Irvine Hospital. Authorities suspect six of the eight passengers were not wearing their seat belts at the time of the crash.

Authorities closed off an off-ramp near the 60 Freeway in Pomona after an SUV crashed and rolled down two embankments on Saturday, Oct. 15, 2016.

A family member contacted Eyewitness News and said the group was coming back from Universal Studios. They had stopped at a Denny's restaurant before the accident. The family member said she and her husband were traveling in a car in front of the SUV.

The coroner's office identified the deceased, who are all Lake Elsinore residents, as Gerardo Herrera, 49, his daughter Noemi Herrera, 21, his son Luis Herrera, 29, and Elba Rosales, 26.

The other occupants in the car were identified by the family member as Laura Herrera, Gerardo's wife and mother of the two children who died; Jose Chavez, the boyfriend of Noemi Herrera; and Gerardo Herrera Jr.

Noe Juarez, the nephew of Gerardo Herrera, described his family as a large, loving, tight-knit group.

"They just loved life. They didn't deserve this," he said. "I'm still in shock. I'm hoping to wake up from a nightmare."

He said he spent Friday night with all of the victims at the theme park, snapping photos and having fun before he left.

Juarez said his cousin Noemi Herrera had just given birth to a son. He said she was always smiling, happy and would brighten everyone's day.

"They should be here. We should all be home doing what we normally do on the weekends, barbecuing. Just being together sharing laughs, sharing stories," he said.

The family has set up a GoFundMe account with the goal of raising $15,000 for medical and funeral expenses, you may access the link by clicking here.

Authorities said alcohol and drugs were not suspected in the crash. The white car and the driver have not been located.