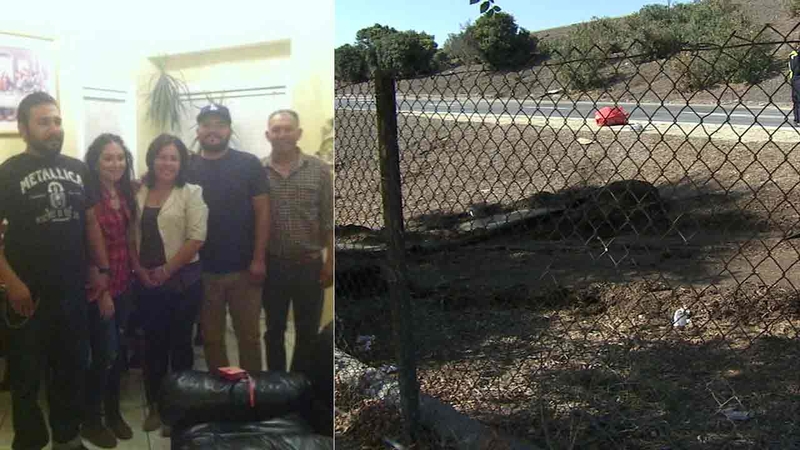 ORANGE, Calif. (KABC) -- A hit-and-run driver is being sought Sunday in a deadly hit-and-run crash in Pomona, where four people were killed and four others were injured.

A group of eight was driving home to Lake Elsinore from Universal Studios around 5 a.m. Saturday when their SUV was clipped by a newer-model white car, which then took off.

The SUV, driven by the wife and mother of those killed, rolled down an embankment and over an off-ramp.

Four people were pronounced dead at the scene and the other four were taken to the hospital. Police suspect they were not wearing seat belts.

Rosales was the girlfriend of another of Herrara's sons, who was injured in the crash.

"They should be here. We should all be home doing what we normally do on the weekends, barbecuing. Just being together sharing laughs, sharing stories," said Noe Juarez, the nephew of Gerardo Herrera.

As of Sunday morning, one of the injured remained hospitalized at UCI Medical Center and three others were hospitalized in Colton.

The hit-and-run suspect was not yet found.

The family set up a GoFundMe account with the goal of raising $15,000 for medical and funeral expenses, you may access the link by clicking here.