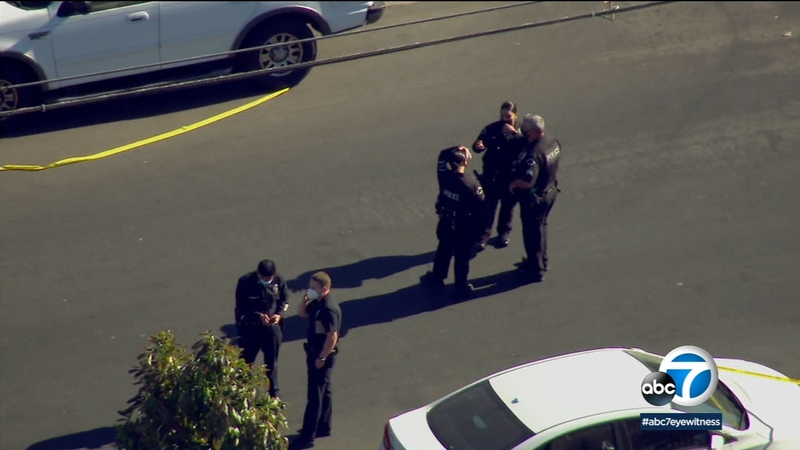 EXPOSITION PARK, LOS ANGELES (KABC) -- A man is in custody after allegedly stabbing a girl and her mother near Exposition Park Wednesday afternoon, according to police and witnesses.

Witnesses say the woman's ex-boyfriend arrived to the residence apparently drunk and started stabbing her and her daughter. A boy tried to stop the man and was cut on his finger.

The mother and daughter were rushed to the hospital. They are in stable condition.

The ages of the victims were also unknown.

The suspect was transported to a hospital with stab wounds, and details regarding how he was hurt were unclear. He is in stable condition.