The push for greener schools: How community groups are fighting extreme heat inequities

Poorer communities of color are disproportionately impacted by extreme heat, and experts say schools are a reflection of broader inequities. Here's how one parent group is partnering with community organizations to change things.

HIGHLAND PARK, Calif. (KABC) -- Aldama Elementary School PTA president, Kamren Curiel, bent down to a shaded asphalt area outside the fence of the school's playground and pressed the trigger on an infrared thermometer.

"Right now, it's 104 because we're in a shaded space on asphalt," Curiel said of the reading.

"But I put it down on that rubber surface today at 12," she said, pointing to the ground around the playground jungle gym.

Asphalt and non-green spaces can be 30 to 50 degrees hotter than air temperatures, according to Dr. Michael Méndez, an assistant professor of environmental policy and planning at University of California, Irvine.

"The asphalt is absorbing the heat instead of reflecting it," Méndez explained.

"So just imagine young children or teachers out in the sun, and essentially baking and experiencing a sauna effect that puts stress on their bodies, gives them headaches, makes them more vulnerable to heat stress," he continued.

The solution, according to experts, is more green space.

A study by the Los Angeles Urban Cooling Collaborative found that a combination of more reflective surfaces and more green space could result in 10% to 30% of lives currently lost to extreme heat being saved in Los Angeles County.

A push for greener schools

Curiel helped create the Green Team at Aldama to advocate for more green space at the school. The team is currently working with Latino-focused nonprofit group, Alliance for a Better Community, to measure and track asphalt temperatures at school playgrounds.

Alliance for a Better Community Executive Director Vanessa Aramayo said the inspiration for the project came from conversations they had while creating another report on Latino communities in L.A..

"We want to shed light on the fact that there are a number of schools that are facing this heat wave in a very, very inequitable, and very disparate ways," Aramayo said.

Méndez is serving as an academic advisor on the project.

"I'm really excited to advise them as they engage on this independent research project to really show how bad the conditions can get, but also to work in conjunction and collaboration with school officials to hopefully change the situation and schools like Aldama Elementary, and other schools that are even ranked lower quality in terms of green space," he said.

Los Angeles Unified School District is investing funds in schools most in need of green spaces. The district recently developed a Greening Index to help identify which schools are in most need of greening resources.

The index combines data showing the percentage of green space at each school, with data from the Los Angeles County Parks Needs Assessment, measuring the need for parks in the communities around each school.

Click here to view this table in a new window.

The index puts Aldama Elementary at No. 419 on the district's list of 671 schools.

Yet, Méndez pointed out Aldama Elementary has only 8% of its square footage covered by green space.

"But our hope, even with schools like this, still having only 8% of green space, that it's a wake-up call for the school officials and parents to be able to advocate more for themselves and for their children and other students as well," said Méndez.

Aramayo said the lack of green space in schools represents "a constant disinvestment of our low-income communities of color."

"Climate change is very real, and having many, many more impacts now that people are, I think, awakening to. And those impacts of climate change are really impacting communities in very different ways," Aramayo said.

For example, take L.A. County's Park Needs Assessment - data that part of LAUSD's Greening Index is based on. Many of the communities that have a high need for parks, such as those in South and East L.A. as well as the San Fernando Valley, also have high poverty rates and high asthma rates.

Click here to open the map in a new window.

These disparities tend to "merge together," according to UCLA Professor of Medicine and Professor of Public Health, David Eisenman.

"The communities that are harmed tend to be low-income communities with less tree cover, less shade, less air conditioning in the homes. Often people with less health insurance, poor baseline health. And so climate change is harming some people more than others," Eisenman said.

And heat can affect all parts of the body, according to Eisenman.

But even if it doesn't send you to the hospital, heat can still cause problems.

Aldama fourth grader, Eleanor Cortes, whose mother is a part of the green team at Aldama, said she gets 20-minute nose bleeds when she gets too hot.

"Some of us really want to play outside. But we really don't have the chance to, because it's really hot. There's really no shade at all," she said.

Another fourth grader, Luna Tringale, said she also has problems in the heat.

"It's horrible. Because I get headaches. And it's just, I have to go to the nurse's office and spend, like, half of the day in there!" she said.

Curiel said kids have been burned on the slide and have been "bombarding the nurse's office with headaches and fatigue during this this weather."

Parents and advocates are determined to transform schools, a space that can be a refuge in many ways.

"There are children who don't go home to green spaces or to air conditioned homes. And the schools that these children attend are really the only place where they're able to play and have that moment outdoors where they otherwise wouldn't have it," said Aramayo.

Curiel said the Green Team at Aldama is making progress. They've planted six trees, they do monthly cleanups and they were able to put decomposed granite in a space that would have been replaced with asphalt.

They have applied for SEEDS funding, a program at LAUSD that allocates funding for schools to improve their green spaces. But that may take time, said Curiel.

For Aramayo, it's a start.

"And it's going to take more than one school district to do this. Certainly they're at the forefront and they're the ones that have this available funding and these resources now. But we do need to engage the community," she said.

In the meantime, the Green Team at Aldama will continue to work with groups like Alliance for a Better Community.

Aramayo said they plan to take their findings to officials and advocate for things like cooling pavement paint in addition to more green spaces, and empower more parents and communities most impacted to do the same.

"We have a set of parent leaders that meet regularly virtually, and they're very engaged on a number of different issues, and are very interested in being able to understand how they can collect the data at their local schools," Aramayo said.

"And the same way that Kamren did today at Aldama, collect that data, start tracking and recording what they're seeing on campuses, and then allow us to take the data with the community voice, and uplift the needs, so that the decision makers can focus on some of the schools who are otherwise not receiving some of these funds," she said. 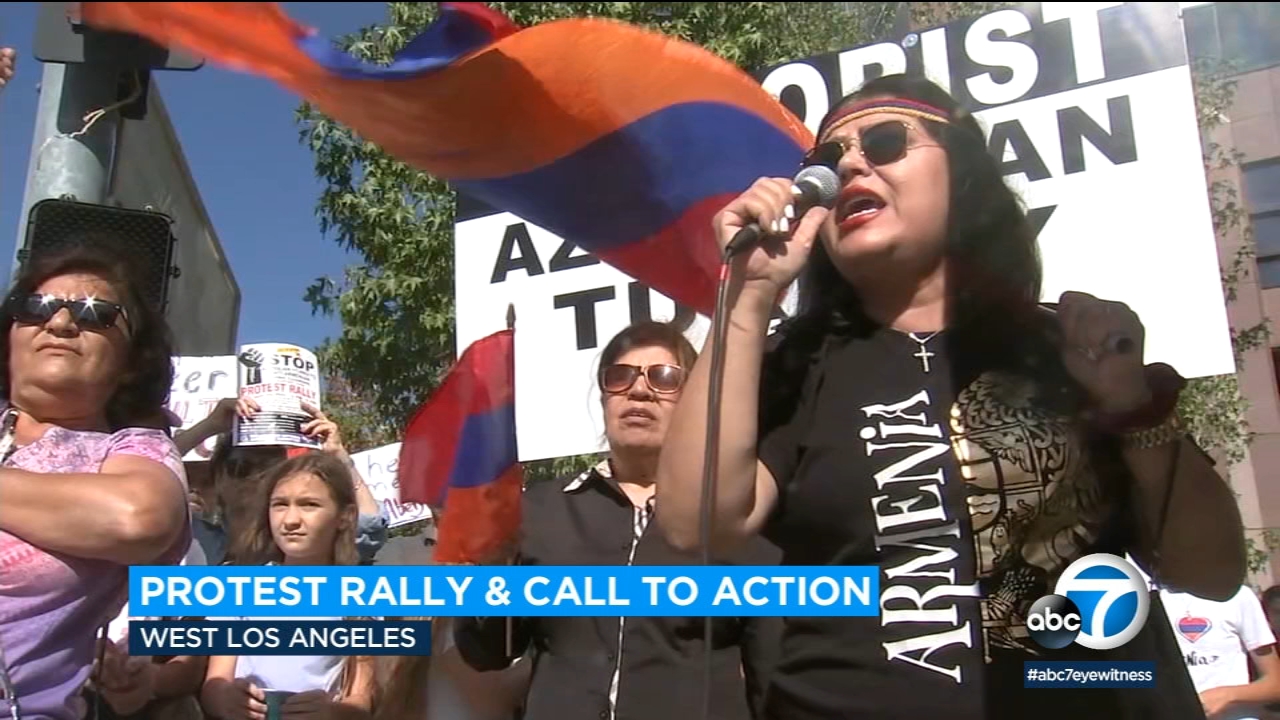 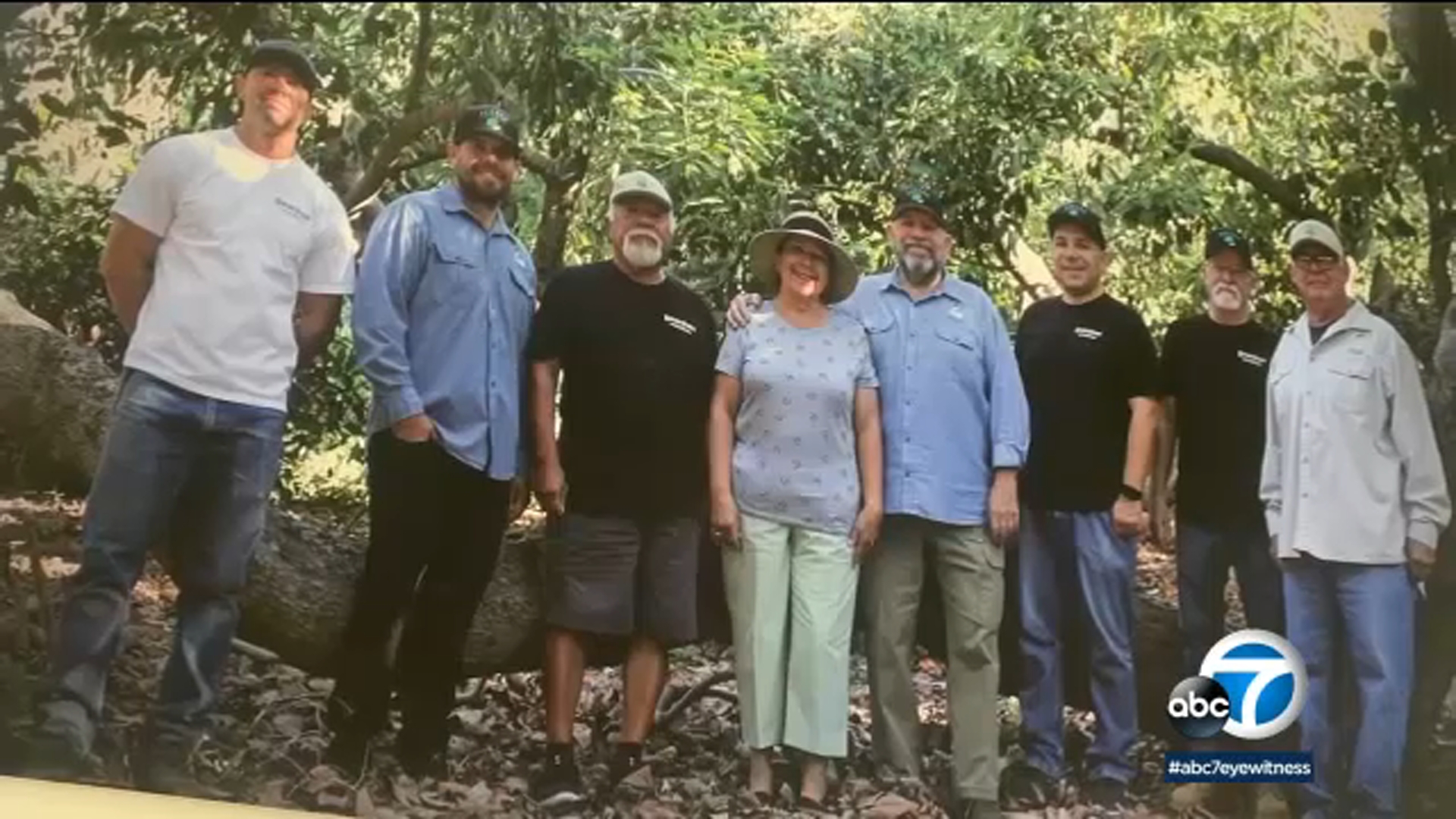