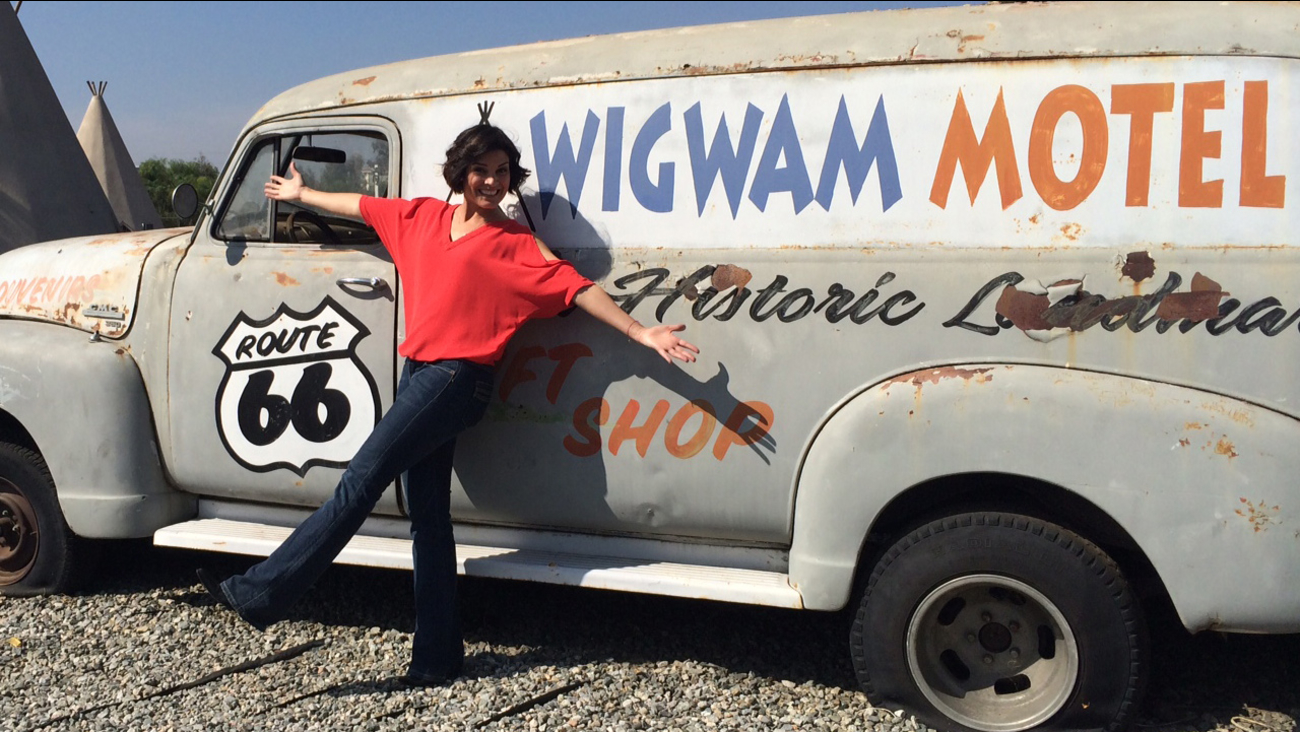 Historic Route 66 stretches from Chicago to Los Angeles and is also known as the Will Rogers Highway, the Main Street of America and the Mother Road. (KABC)

LOS ANGELES (KABC) -- Eye on L.A. is getting its kicks on historic Route 66. The famous highway stretches from Chicago, Ill. to L.A., and is also known as the Will Rogers Highway, the Main Street of America and the Mother Road. It was one of the original highways within the U.S. Highway System. Eye on L.A.'s Tina Malave makes the trek from landmarks in San Bernardino through the Inland Empire, to the San Gabriel Valley and into downtown and West Hollywood, ending up at the "end of the trail" on the Santa Monica Pier.

VIDEO: ROUTE 66: FROM SAN BERNARDINO TO THE SAN GABRIEL VALLEY 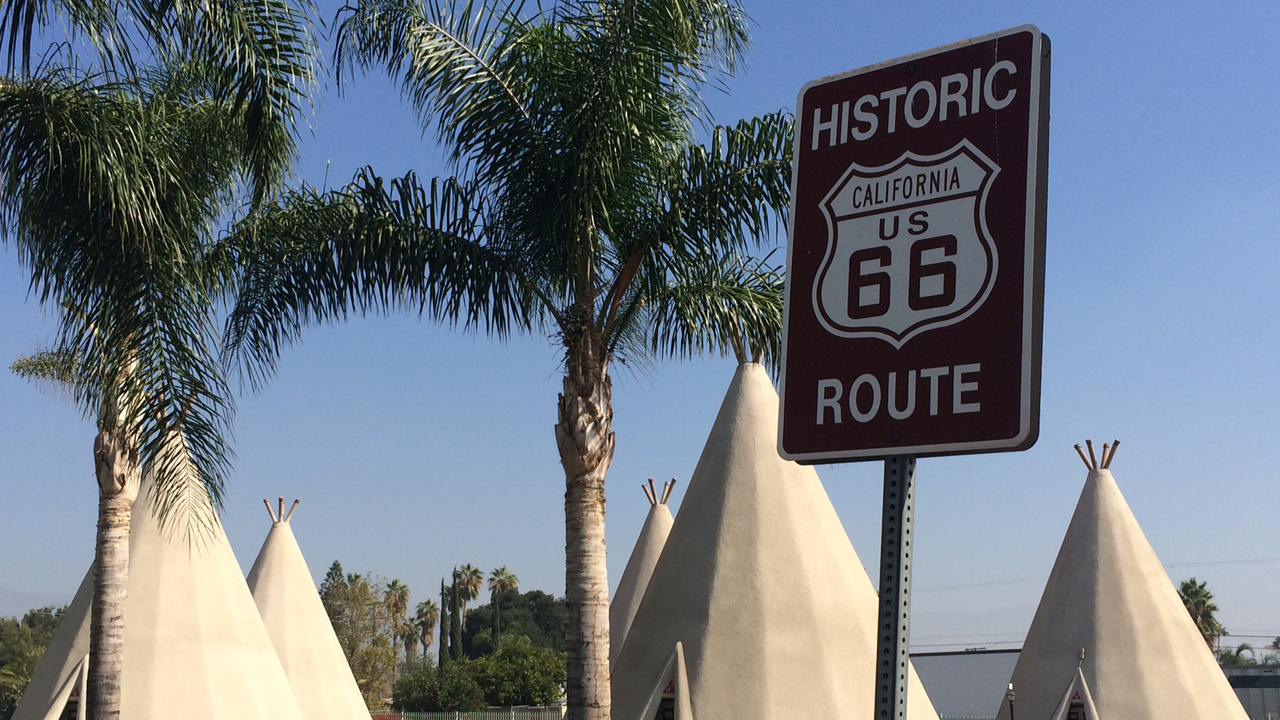 Eye on L.A.: Route 66 from San Bernardino to San Gabriel Valley
The stretch of Route 66 from San Bernardino through the San Gabriel Valley offers a variety of sights to see, from the California Route 66 Museum to the Wigwam Motel.
Eye on L.A. made stops from the California Route 66 Museum in Victorville to the Wigwam Motel in San Bernardino, The Magic Lamp Inn in Rancho Cucamonga, The Madonna of the Trail in Upland, the beloved Donut Man shop in Glendora and the iconic Santa Anita Race Track.

THE AUTRY NATIONAL CENTER
Historic Route 66 is being celebrated at the Gene Autry Museum with their exhibit "Route 66, the Road and the Romance."
www.theautry.org

CALIFORNIA ROUTE 66 MUSEUM VICTORVILLE
Head out to the high desert in Victorville, where you can revisit the golden days of Route 66.
www.califrt66museum.org

WIGWAM MOTEL
One of the only two remaining Wigwam Motels on historic Route 66, it's become a must stop for travelers of the "mother road" from around the world.
www.wigwammotel.com

THE MAGIC LAMP INN
This vintage steak house has fed many hungry travelers over the years with their signature steaks, seafood and fine wines. But many also make the stop here on Route 66 for a photo with the iconic Magic Lamp.
www.themagiclampinn.com

MADONNA OF THE TRAIL
Upland, California is home to one of twelve "Madonna of the Trail" statues along Route 66 dedicated to the spirit of pioneer women in the United States. You can find this beauty along Route 66 on Foothill Blvd and N. Euclid Ave, Upland, CA 91786.

THE DONUT MAN
With lines that often wrap around the building, this shop has been pounding out an endless supply of donuts of all shapes, sizes and flavors for 42 years on Route 66.
www.thedonutmanca.com

SANTA ANITA PARK
The race track in Arcadia opened in 1934 and is the oldest Racing facility in California.
www.santaanita.com 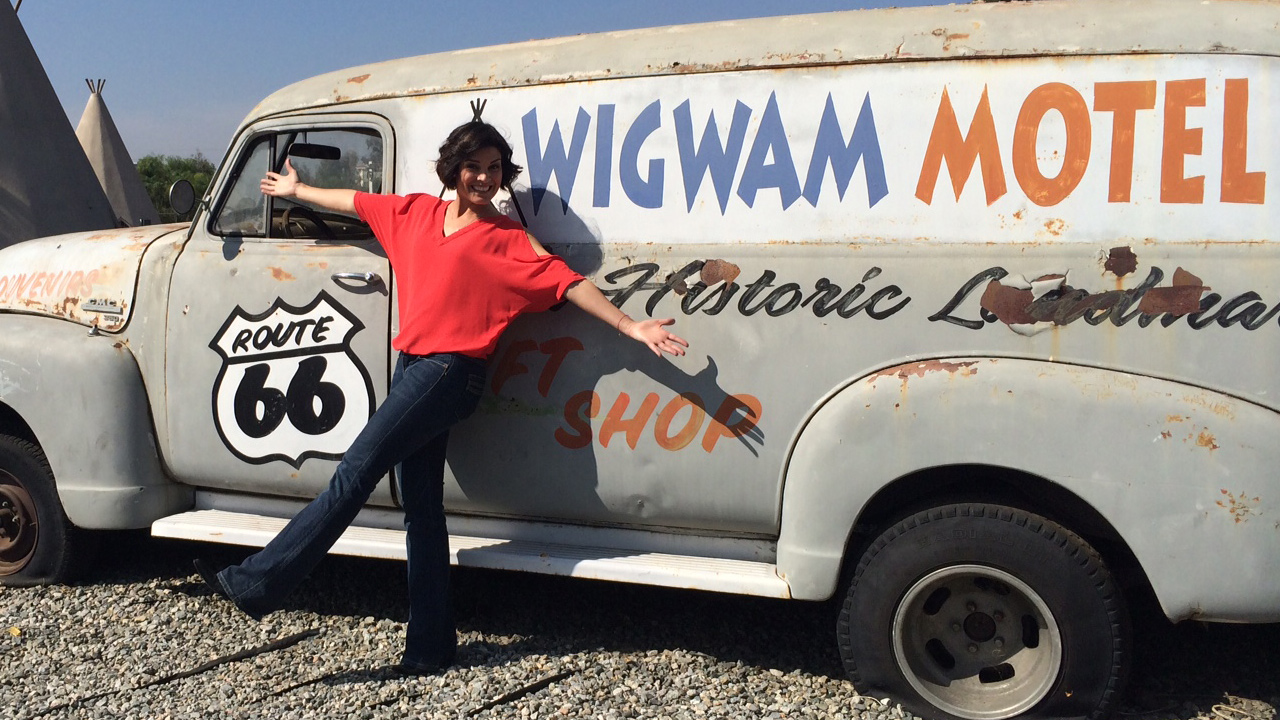 Eye on L.A.: Route 66 from Monrovia to South Pasadena
On the stretch of Route 66 that passes through Monrovia and Pasadena, you can find gems like the Aztec Hotel and the iconic Colorado Street Bridge.
Our rolling tour of Route 66 continues in Monrovia where we visit the Aztec Hotel and Leroy's The Original. In Pasadena and South Pasadena, our trip down the mother road takes us to the iconic Colorado Street Bridge and the vintage Fair Oaks Pharmacy and Soda Fountain, still in operation.

THE AZTEC HOTEL
You'll find the perfect photo op at the historic Aztec Hotel on Route 66 in Monrovia.
www.aztechotelmonrovia.com

LE ROY'S THE ORIGINAL
At Le Roy's, have a helping of Americana. This Route 66 landmark in Monrovia has served generations since 1976 good old home cooked food!
leroystheoriginal.com/contact.html

FAIR OAKS PHARMACY & SODA FOUNTAIN
Still a working pharmacy, this roadside stop in South Pasadena is as popular as ever. Travelers stop in for unique sodas, desserts and Route 66 memorabilia.
www.fairoakspharmacy.net

VIDEO: ROUTE 66: FROM THE ARROYO SECO TO DOWNTOWN L.A. 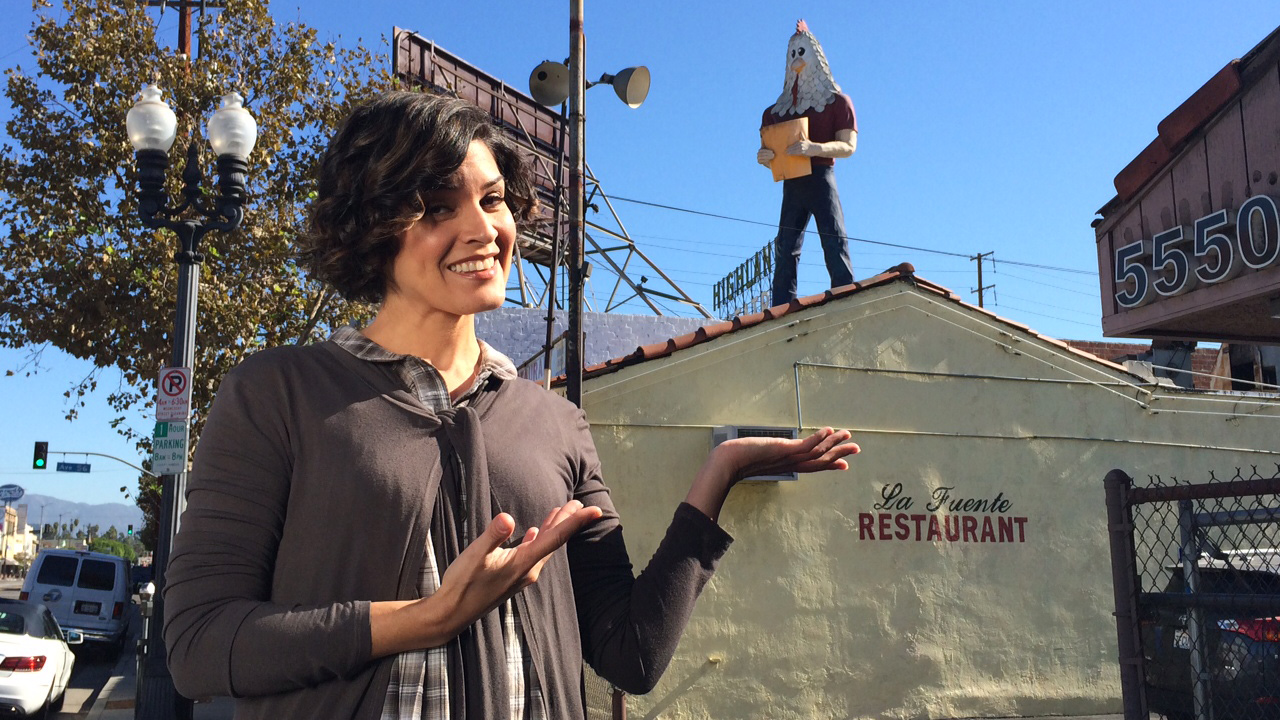 LUMMIS HOUSE
One of L.A.'s most iconic homes, the Lummis House was built by 19th century journalist, historian, activist and all-around adventurer Charles Lummis. Also known as "El Alisal," it was considered the Playboy Mansion of its day.
www.socalhistory.org

MOM'S TAMALES
Exit Route 66 in Lincoln Heights and you'll find this special tamale shop and restaurant that will transport you to old Mexico.
www.momstamales.com

VIDEO: ROUTE 66: FROM WEST HOLLYWOOD TO THE END OF THE TRAIL 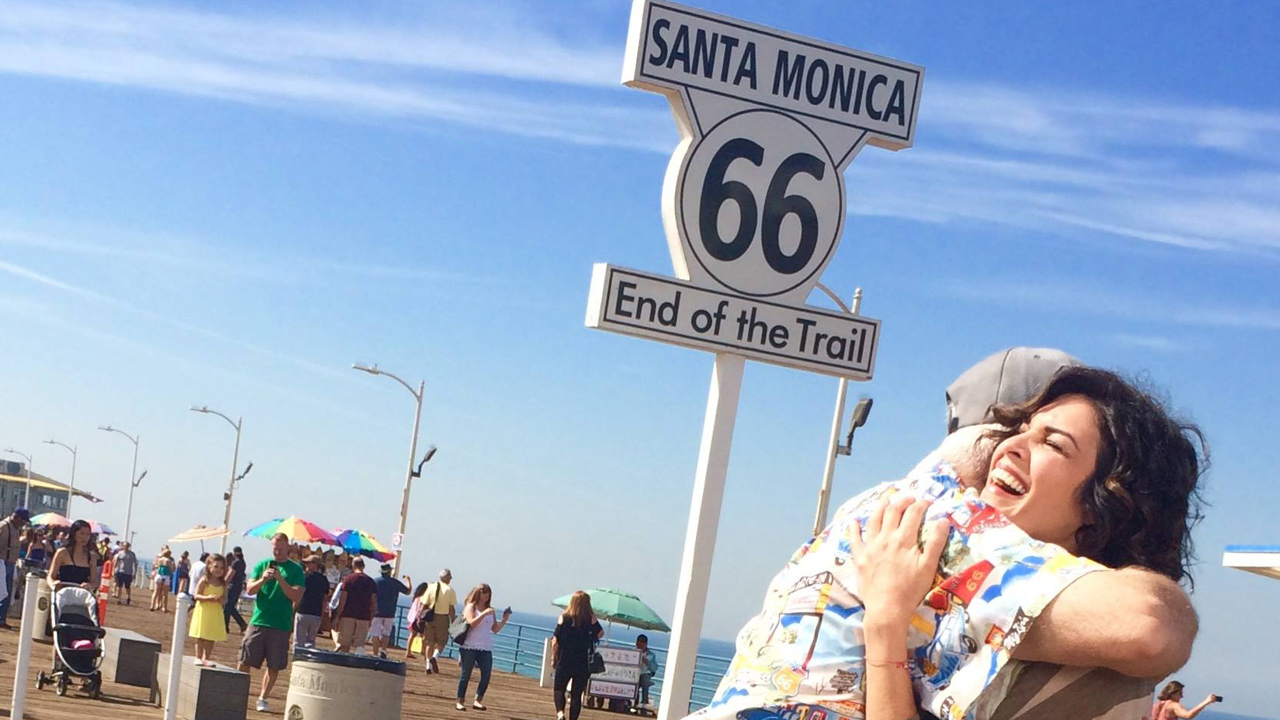 BARNEY'S BEANERY
On Santa Monica Blvd. (a.k.a. Route 66), you'll find Barney's Beanery, an old school restaurant that holds a unique distinction in "mother road" history-- it's been in the same spot since 1928.
barneysbeanery.com/

THE SANTA MONICA PIER
At the end of the trail, Historic Route 66 ends at the Santa Monica Pier, one of L.A.'s greatest attractions!
www.santamonicapier.org