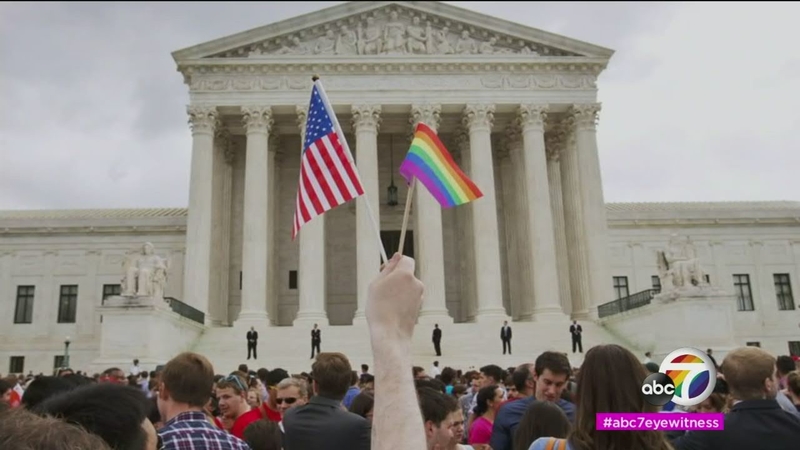 This week, the Department of Education ruled Title IX applies to gay and transgender students in schools that receive federal funding.

"As a practical matter, this means that students who confront discrimination at school can file complaints with the Department of Education and their claims will be adjudicated by the department, consistent with this interpretation under law," David said.

She added, "It provides protection and acknowledges that trans and gender non-conforming folks' existence is valid in sports and participation in sports is valid; it's needed and it's protected."

The HRC is working for Senate passage of the Equality Act. It passed the House in February.

David says the measure is not only about gay and transgender rights.

Seven in 10 voters say they support equality, but 2022 will be a watershed year for anti-LGBTQ legislation, the HRC president said. "When we look at all of the bills that have been introduced in states around the country; more than 250 - 24 of them have been signed, and you ask those elected officials, what is the problem that you're actually solving? They aren't able to answer that question."
Report a correction or typo
Related topics:
politicslgbtq+lgbtq+ pridepride montheyewitness newsmakers
Copyright © 2022 KABC Television, LLC. All rights reserved.
EYEWITNESS NEWSMAKERS
Eyewitness Newsmakers talks LA Pride, LGBTQ challenges
Eyewitness Newsmakers - Paying for college amid rising costs
What you need to know about California's water emergency
How the Port of LA is addressing the backlog
TOP STORIES
3 killed, 6 injured in multi-car crash in Winnetka
16-year-old girl wounded in Long Beach shooting
Newsom targets GOP in Florida ad: 'Join us in California'
Man killed in Jefferson Park shooting after intervening in argument
Jayland Walker was unarmed when 8 Ohio officers opened fire on him
Travis Barker, Kourtney Kardashian break silence about hospitalization
Hip-hop dance icon Bruno 'Pop N Taco' Falcon dies at 58 in SoCal
Show More
Burger King worker goes viral; more than $320K raised on GoFundMe
More than 670 pounds of illegal fireworks collected at buyback event
4th of July fireworks in Southern California: Where to watch
3 dead, 3 critically wounded in Copenhagen shopping mall shooting
27-year-old pedestrian IDed as victim killed in Pico Union hit-and-run
More TOP STORIES News