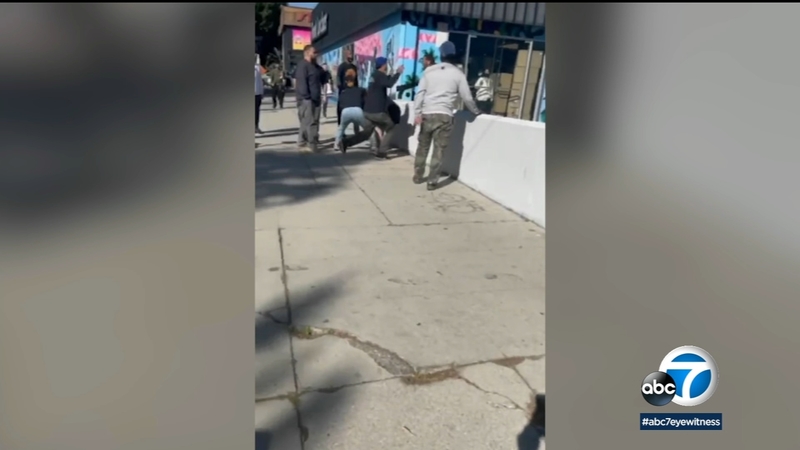 Los Angeles police said the stabbing occurred around 2:40 p.m. in the 7700 block of Melrose Avenue outside the shoe store.

Bystander video, which has gone viral and is now the subject of a police investigation, shows the woman get stabbed after a fight involving several people erupted on the sidewalk.

A man is seen running away as the woman screams in pain.

The stabbing victim was transported to a hospital in unknown condition.

Footage prior to the stabbing showed another woman appearing to get punched in the face, leaving her bloodied. She appeared to be alert following the assault.

Police said the stabbing suspect is believed to be the victim's partner, and are calling the case an incident of domestic violence.

The stabbing occurred as a crowd of people lined up outside the Foot Locker store for the latest Nike shoe release.