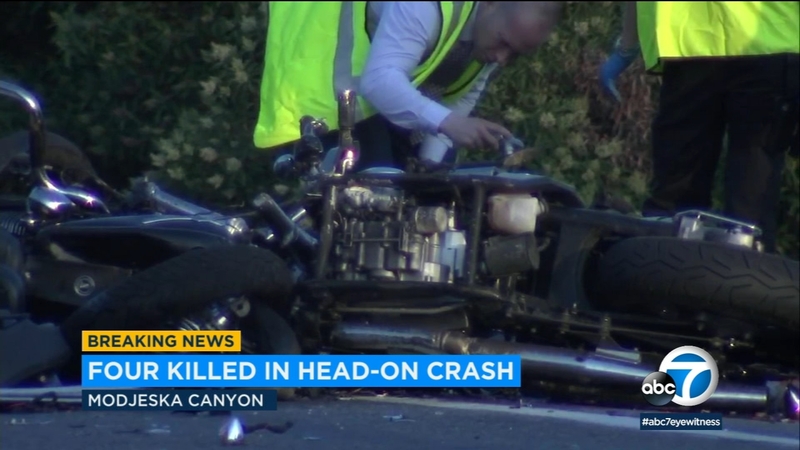 The crash was reported around 4:30 p.m. on Santiago Canyon Road near Modjeska Canyon Road, according to the CHP.

Santiago Canyon was closed in both directions from Silverado Canyon to Hicks Haul Road.

Investigators say the two motorcycles were heading in opposite directions when the one heading northbound tried to pass a Scion tC and slammed into the other motorcycle heading southbound.

Two men motorcyclists and their two female passengers died at the scene. All of the motorcycle riders were wearing helmets.

Officials say that section of Santiago Canyon Road has a double yellow line, meaning it is illegal to pass traffic. It is hard to see oncoming traffic in the area because of curves in the road, they said.

The driver of the Scion that the motorcyclist tried to pass was not directly involved in the collision, but remained at the scene, officials said.