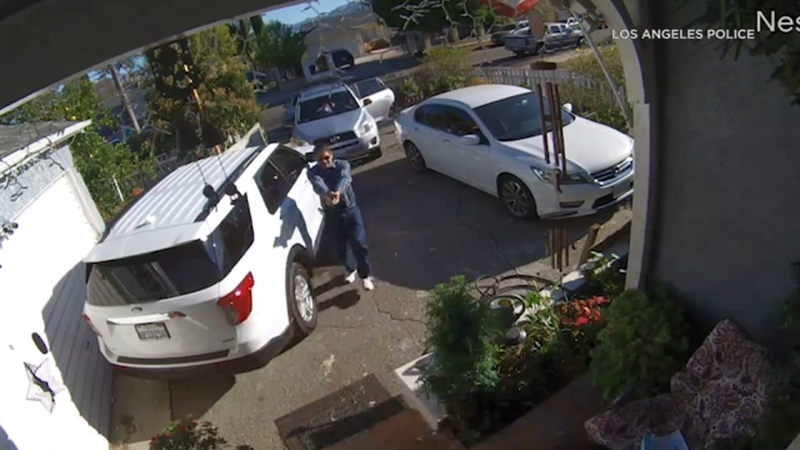 Mom killed in front of 3-year-old daughter in Arleta

ARLETA, LOS ANGELES (KABC) -- The last moments of a young mother's life were captured on surveillance video and police need your help to find her killer.

The security footage shows 35-year-old Karen Ruiz running from her attacker in Arleta on Wednesday.

A few seconds later, the man chasing her fired multiple shots, killing Ruiz in front of her 3-year-old daughter.

Police are still looking for the alleged gunman, who has been identified as Ruiz's former boyfriend and the father of the girl.

His name is Herbert Nixon Flores and the 46-year-old is considered armed and dangerous.

According to LAPD, Ruiz drove to Arleta Wednesday morning to drop off her daughter at a baby sitter's home. Investigators say Flores followed Ruiz to the residence.