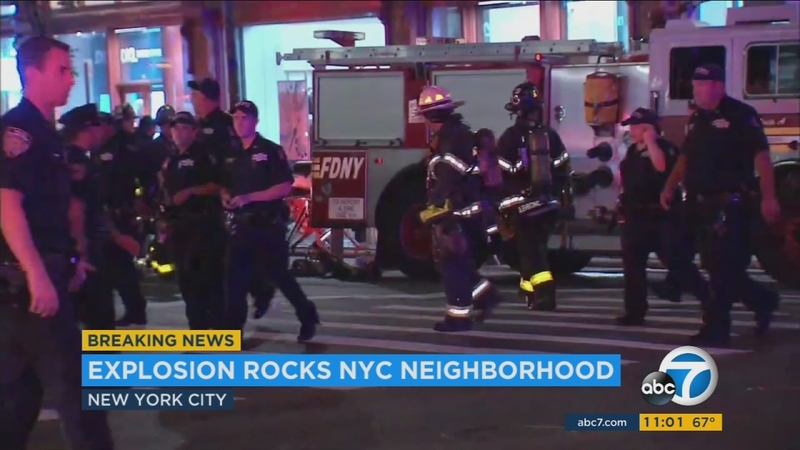 CHELSEA, Manhattan -- At least 29 people have been injured after an explosion at 131 West 23rd Street (between 6th and 7th Avenues) in the Chelsea neighborhood of Manhattan.

The explosion happened around 8:30 p.m. Saturday. 28 of those injuries are minor, and one injury is being described as serious. No fatalities have been reported.

The NYPD removed a second device that they found on 27th Street. Sources say that device was a pressure cooker with cell phone and wires attached found in a plastic bag - they have not yet determined whether the second device was truly explosive or not.

Officials say they do not believe the explosion is linked to terrorism, but they do believe it was an intentional act.

Pedestrian and vehicular traffic has been diverted, and West 23 Street from 6th to 7th Avenue has been closed.

Anyone else catch that huge explosion in Chelsea NYC? Crazy world we live in. 😱😱 #NYC #Chelsea pic.twitter.com/QBK1ZR2l2B

PHOTOS FROM THE SCENE:

Two cars on 23rd and 6th had their back windows blown out. An 8-year-old who was in the back seat was injured.

Explosion on 23rd and 6th. These two cars had back windows blown out while driving. 8 year old in back seat injured. pic.twitter.com/aKDra2LaIC

One person posted a picture on Twitter of a blown out dumpster.