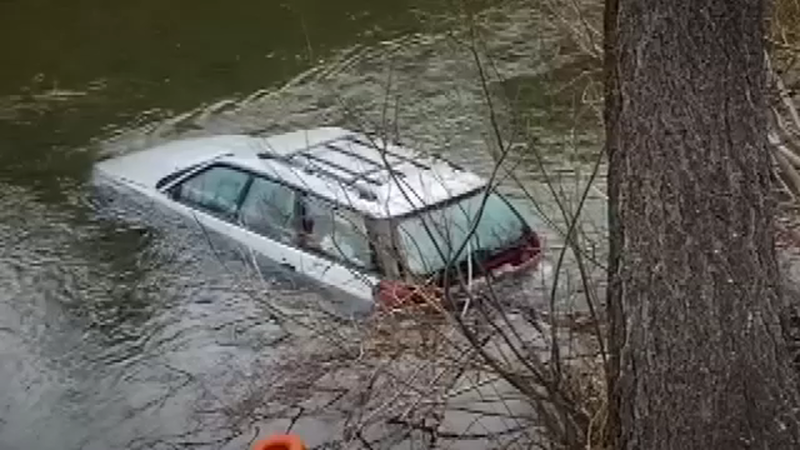 FRESNO, Calif. -- A FedEx driver in Northern California is being recognized for his heroic actions after he jumped into a freezing river to save a woman who crashed her car.

Brandon Alt says he was just getting started on his delivery route on Monday when he noticed the car in front of him weaving.

The vehicle then went off the road and into the Truckee River.

Authorities say the woman driving the car was on the phone singing happy birthday to a relative, so she wasn't paying full attention to the road.

A teacher from New Hampshire is crediting his Apple Watch with saving his life after he fell through a frozen pond over the weekend.

Alt pulled over and saw her car halfway submerged in the river.

He jumped in the icy water and pulled the woman back to dry land.

"I would just hope and expect anybody in that situation to do the same," he said.

"You have to be a person that wants to help people, and obviously, that FedEx driver was one of those people. It was a heroic action that he took," said CHP Officer Seth Jennings.

Authorities say without Alt, it's unclear how long the woman would have been trapped in her car.